For those of you who were unable to make it to my final show here it is! Because I would like to do children's books/ illustrations once I graduate, I created a short story based on the childhood of Duke Ellington (jazz pianist from the turn of the century).

Where did I get the idea? My husband Andrew and I both play the piano so I wanted to do something with music. Andrew is a jazz pianist and gave me the idea of using Duke Ellington's story. I guess you can say this show is dedicated to Andrew. Using cut out paper, glue, exacto knives, and at times paint I created 7 pieces.

Why paper? I knew I wanted to work in a flat style/medium. Painting didn't sound appealing to me and although digital would have been a little easier I decided to go with paper as my medium of choice and what a fun challenge it was! It's a new medium that I really enjoy and I feel people respond well to it. To get my 3D effect I used foam core to separate foreground pieces from the background which gives it a pop up book feel. This also allows light to naturally cast shadows on the paper, making each piece feel life like.

I have never worked so hard on a project! At times, I'll admit, I felt like my project was slowly killing me because it took a ridiculous amount of patience to cut out each piece of paper and glue it together. But I loved it. 12 page research paper, 2 months, 180 hours and 30 exacto knives later this is what I accomplished: 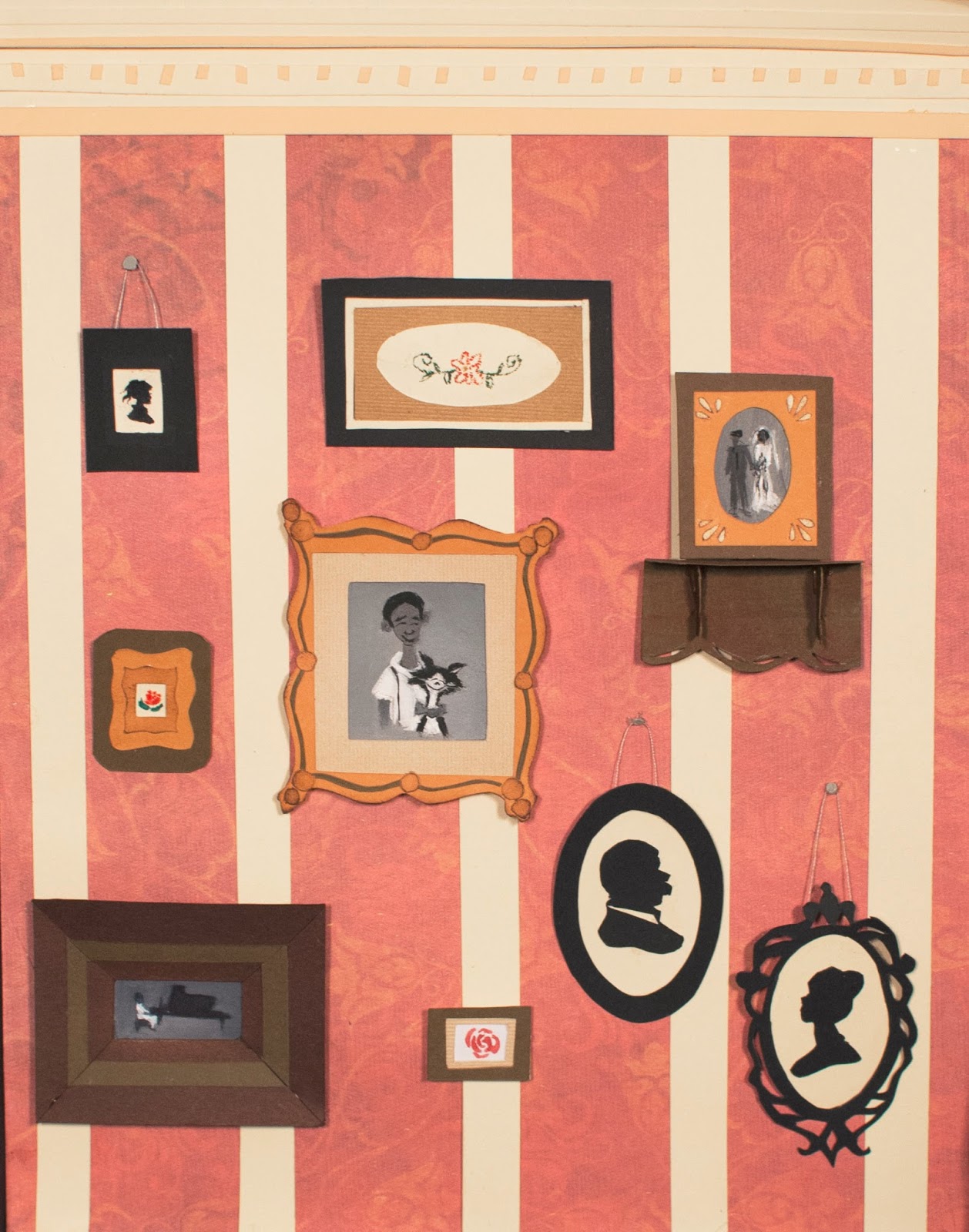 Duke Ellington was born in Washington D.C. His father was a butler with a large mustache and his mother liked to play the piano and sing to Duke and his sister. Duke’s best friend was his cat Edgar, a rather fancy cat who liked to dress well. They did everything together.

(Duke really had a friend named Edgar, but he wasn't a cat. He helped Duke get his career rolling by getting him gigs to play at parties. Edgar gave Duke his nickname "Duke" because he felt like he dressed fancy. And yes the cat is based on my cat Willow. I felt like a tuxedo cat was appropriate for Edgar's character.) 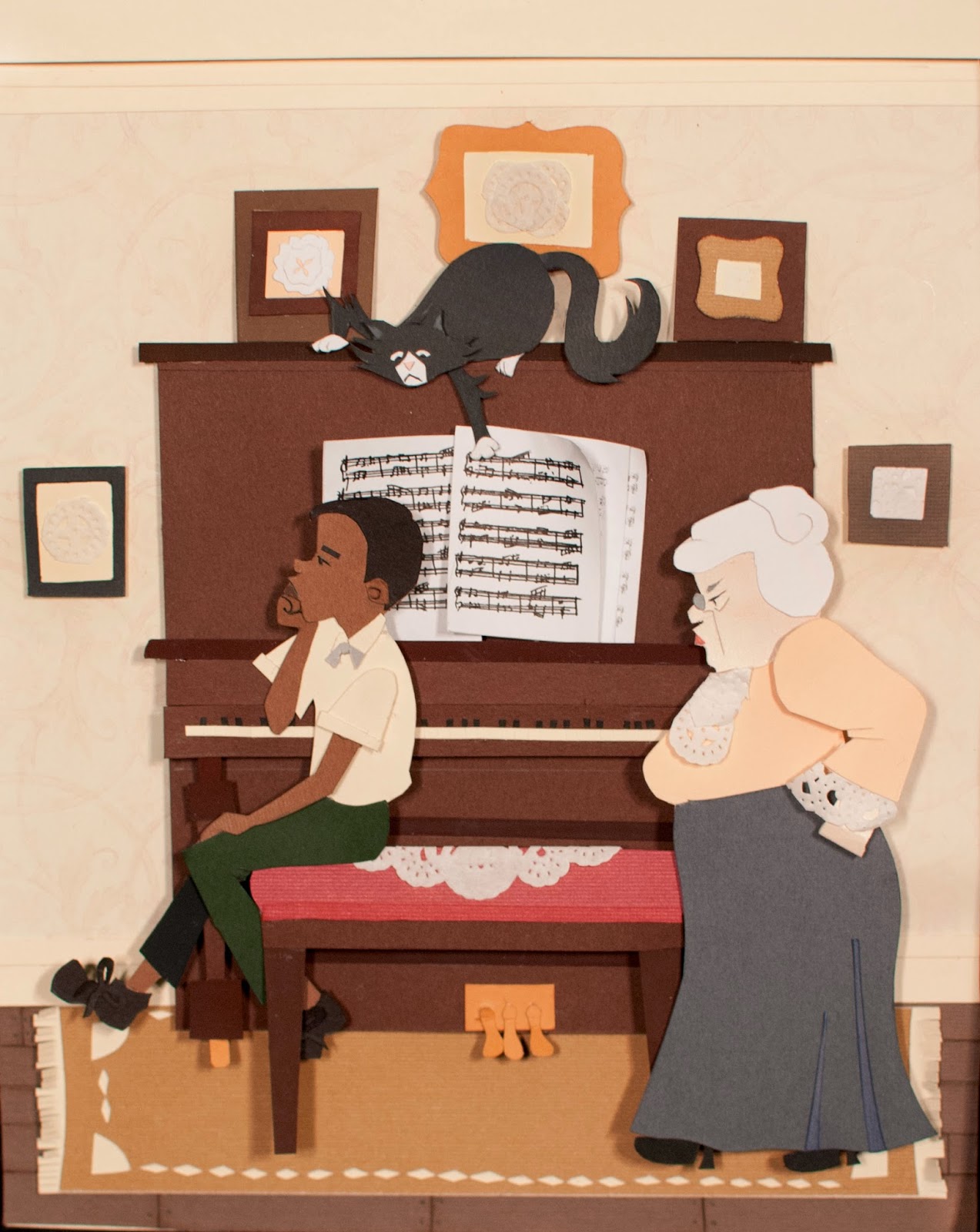 Every Thursday at 11, Edgar and Duke attended piano lessons with Mrs. Clinkscales, a cross old woman who loved her doilies and piano more than anything in the world. Duke preferred baseball and often gazed out the window during his lessons, wishing he could play baseball with his friends instead of the piano. 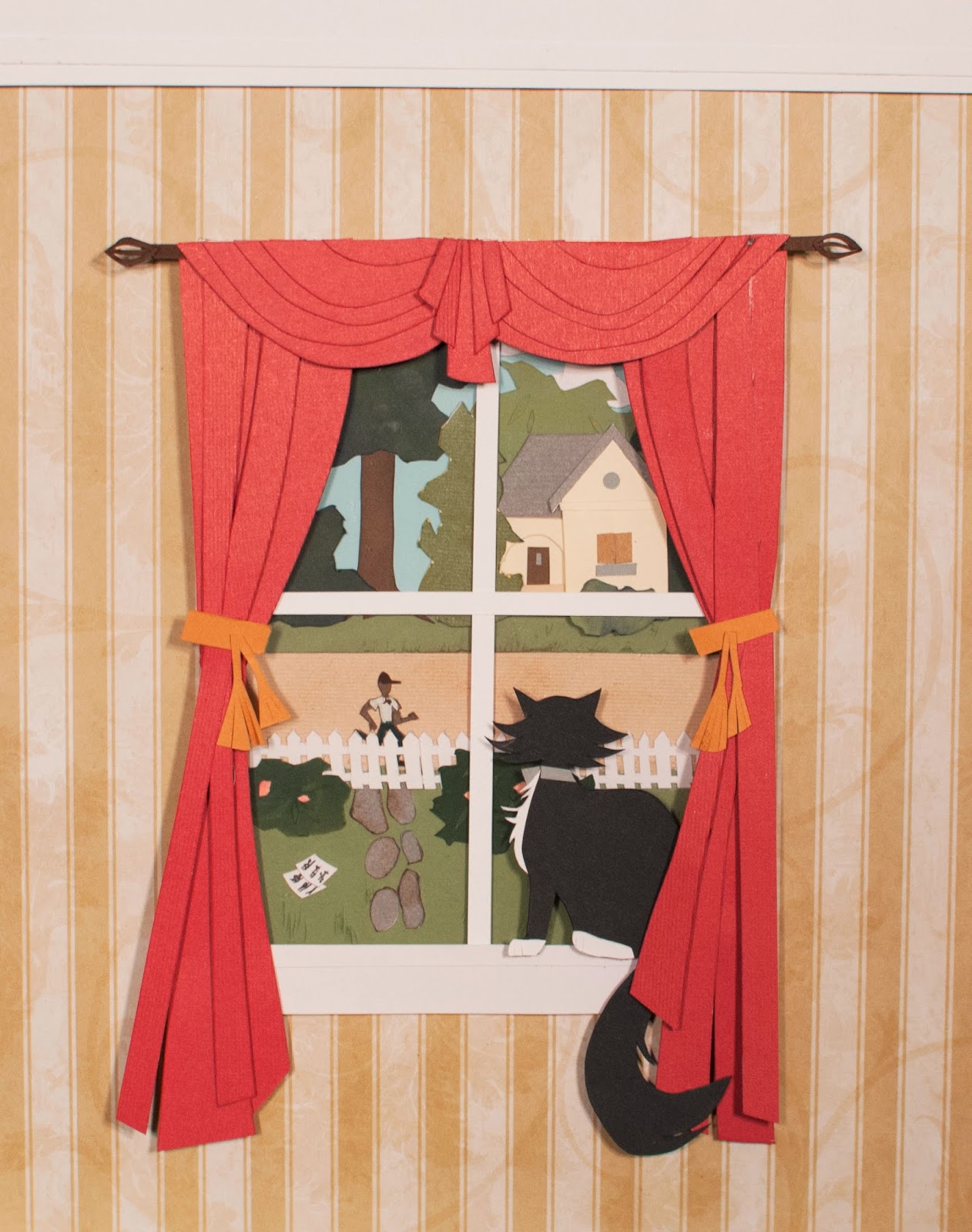 After every piano lesson, Duke would throw his music on the lawn and run towards the baseball field. Edgar often tried to encourage Duke to keep practicing the piano, but Duke refused and said, “Baseball is more fun.” 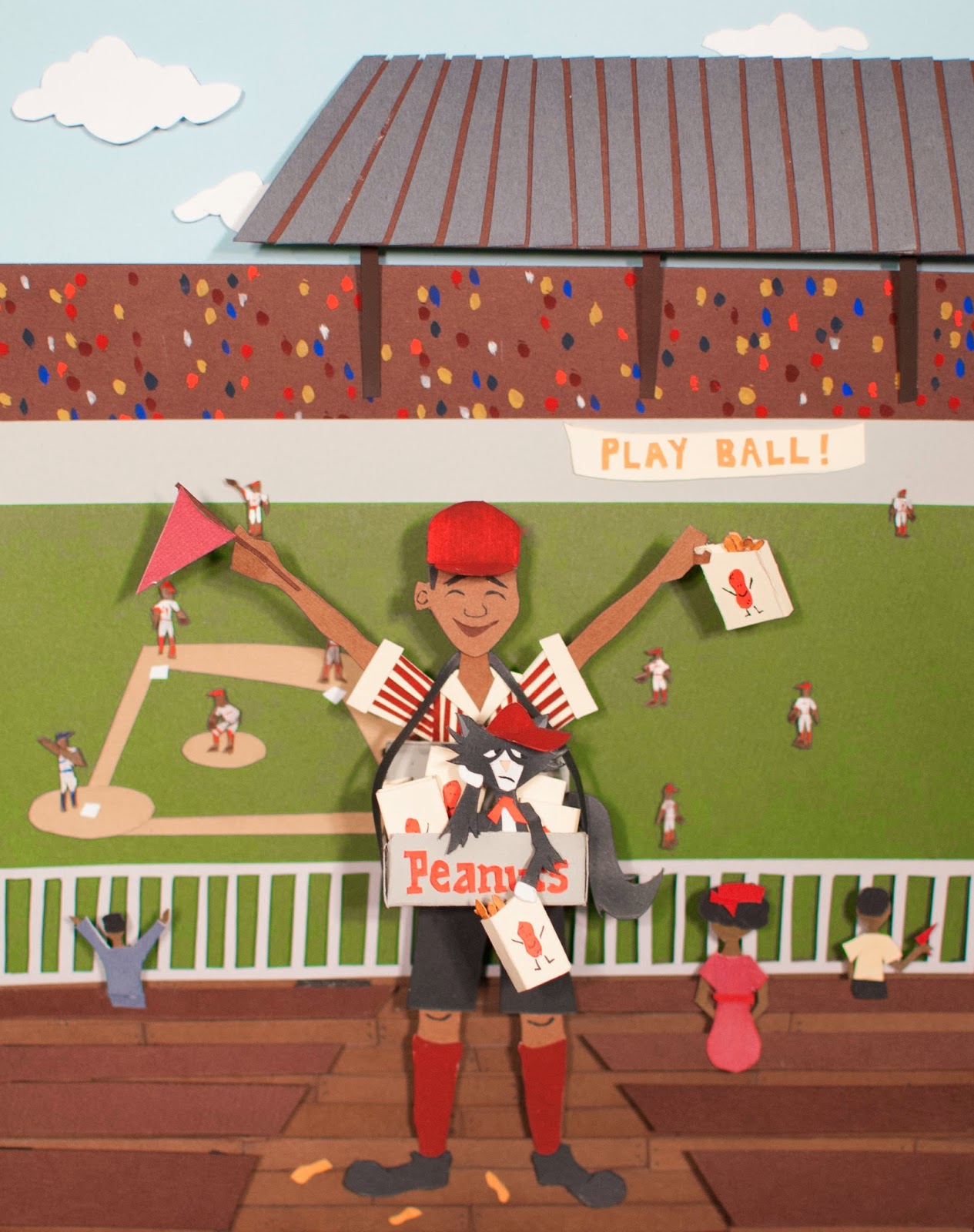 Duke’s love for baseball lead him to quit his piano lessons and sell peanuts at the baseball games instead. This way he could watch his favorite baseball team play and hopefully live his dream of playing in the big leagues someday.
“Peanuts, get your fresh roasted peanuts right here!” shouted Duke as he waved a bag of peanuts in the air. Edgar lazily held a bag of peanuts. If only he could help Duke see how the piano was just as fun as baseball. 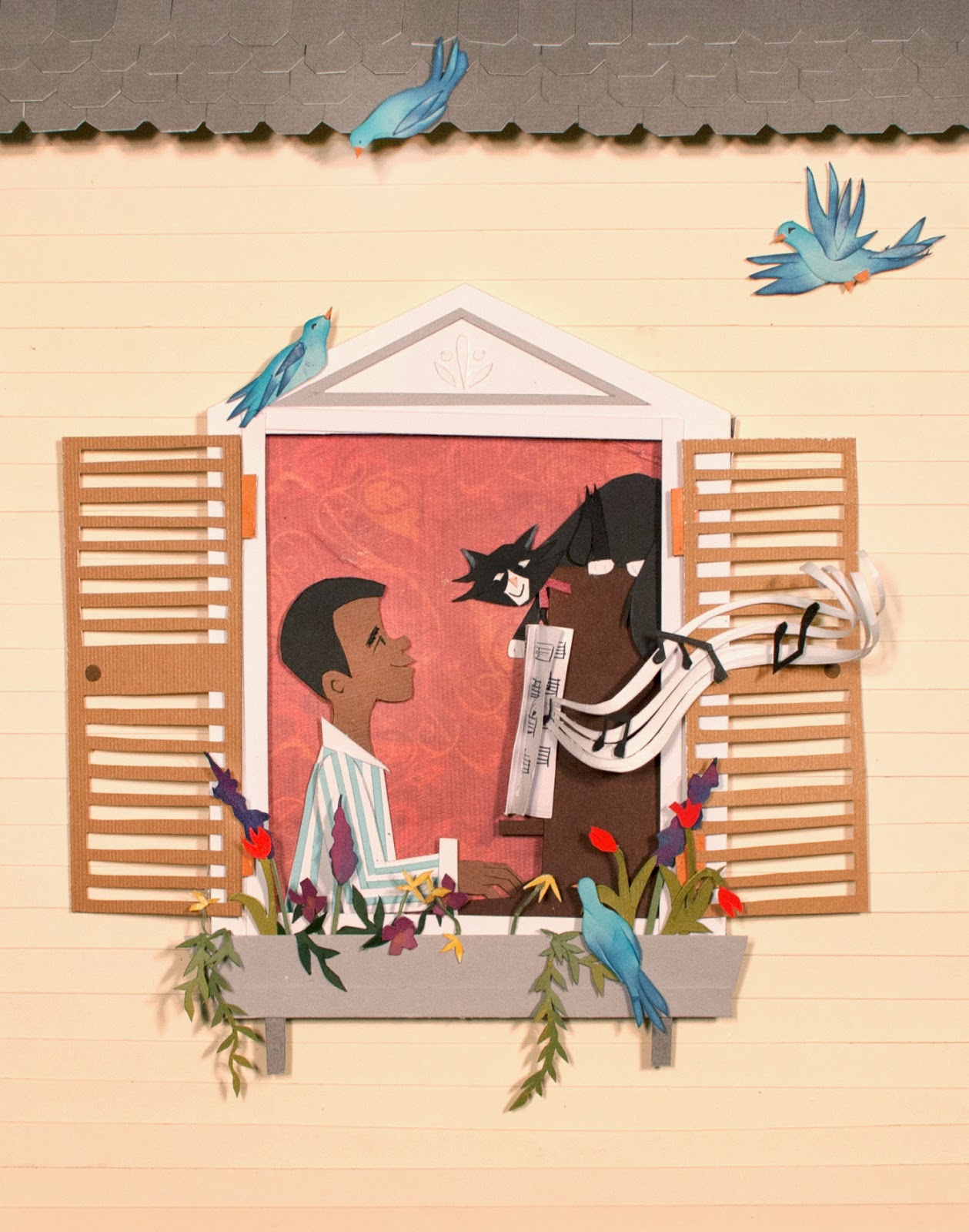 One day Duke caught a cold and was forced to stay home. He was so bored that he decided to play around on the piano. First he hit an “A” and then a “D.” Then a melody popped into his mind. Before he knew it his fingers were flying across the ivory keys. Music filled the house with the new song he called “Soda Fountain Rag.” Duke was feeling better already.

(This one is my favorite probably because of the birds and flowers. I enjoy how charming the scene is.) 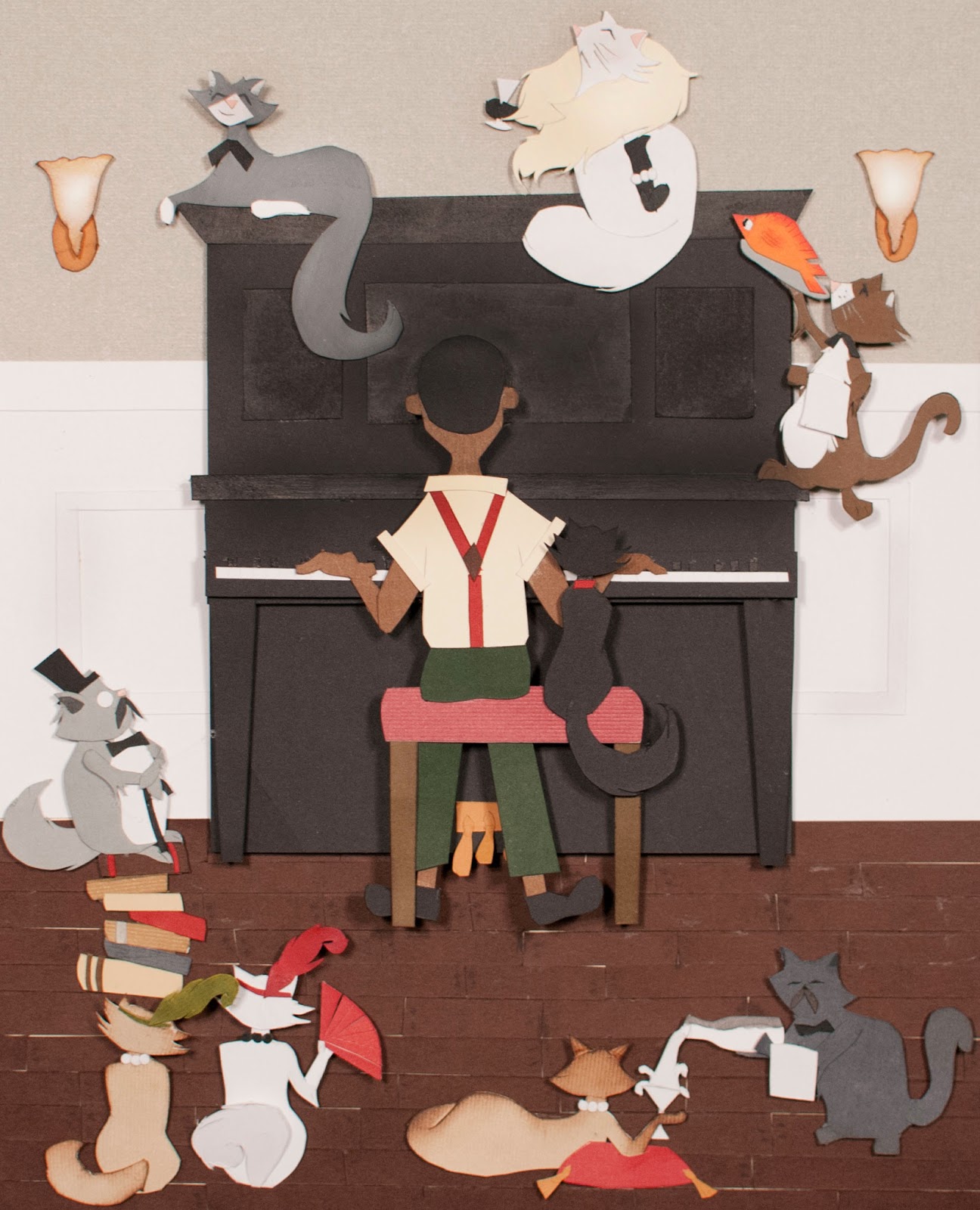 Duke finally took Edgar’s advice and decided to become a musician instead of a baseball player. On the weekends Duke played for Edgar’s pals. Pretty soon all the cool cats in town came to hear Duke play. 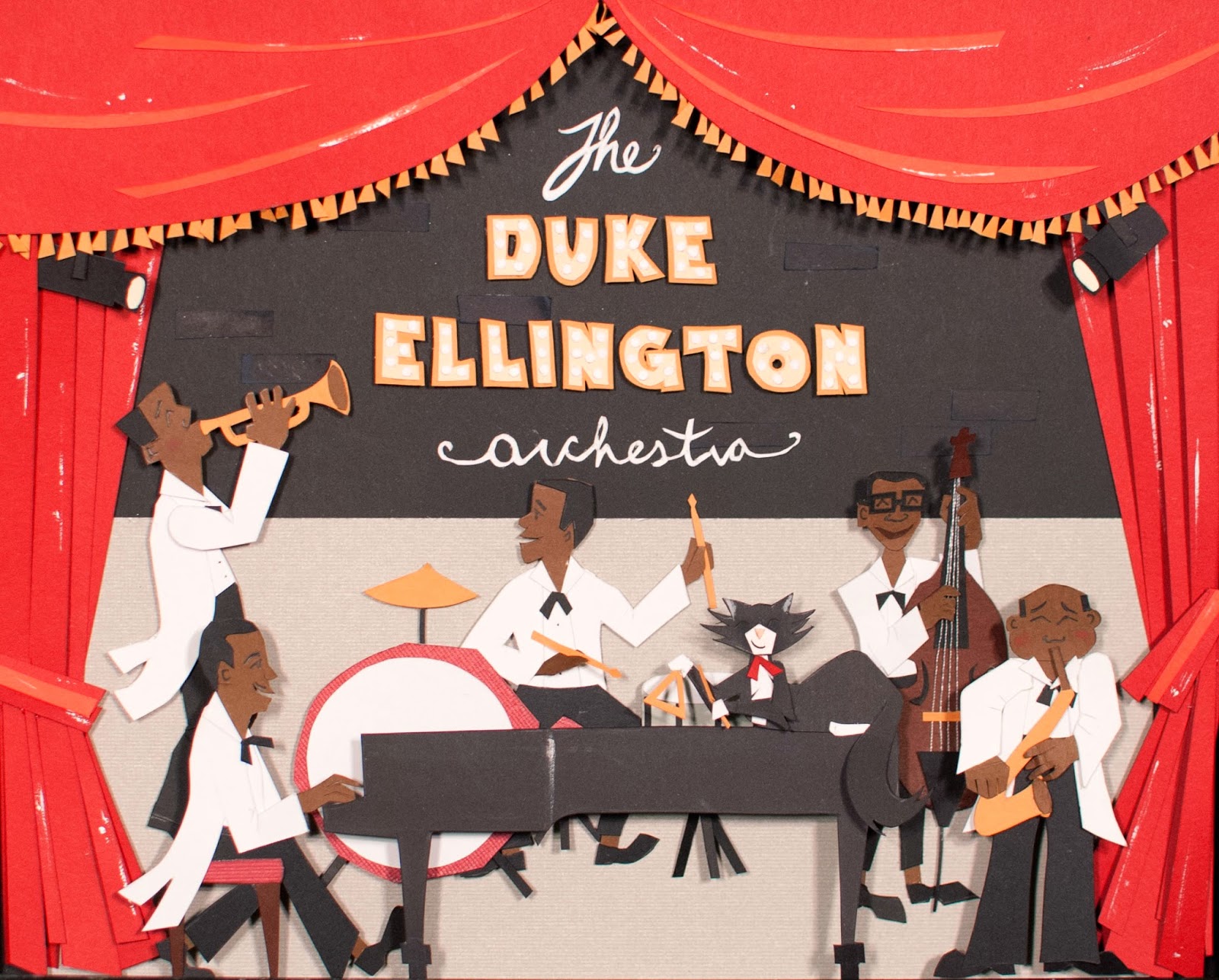 As Duke and Edgar grew older, they brought jazz music to homes all across the world. Jazz would never be the same if it weren’t for Edgar’s encouragement and Duke’s discovery of music.

Thanks for taking the time to read! I appreciate everyone's support in helping me accomplish my final show, especially my husband Andrew who reminded me to eat and go to bed at a reasonable hour, and my professor Robert Barrett who was my mentor.

Below are pictures of my opening reception if you weren't able to attend. It was a blast and I had a great turn out. We even had a jazz pianist come and serenade us:) 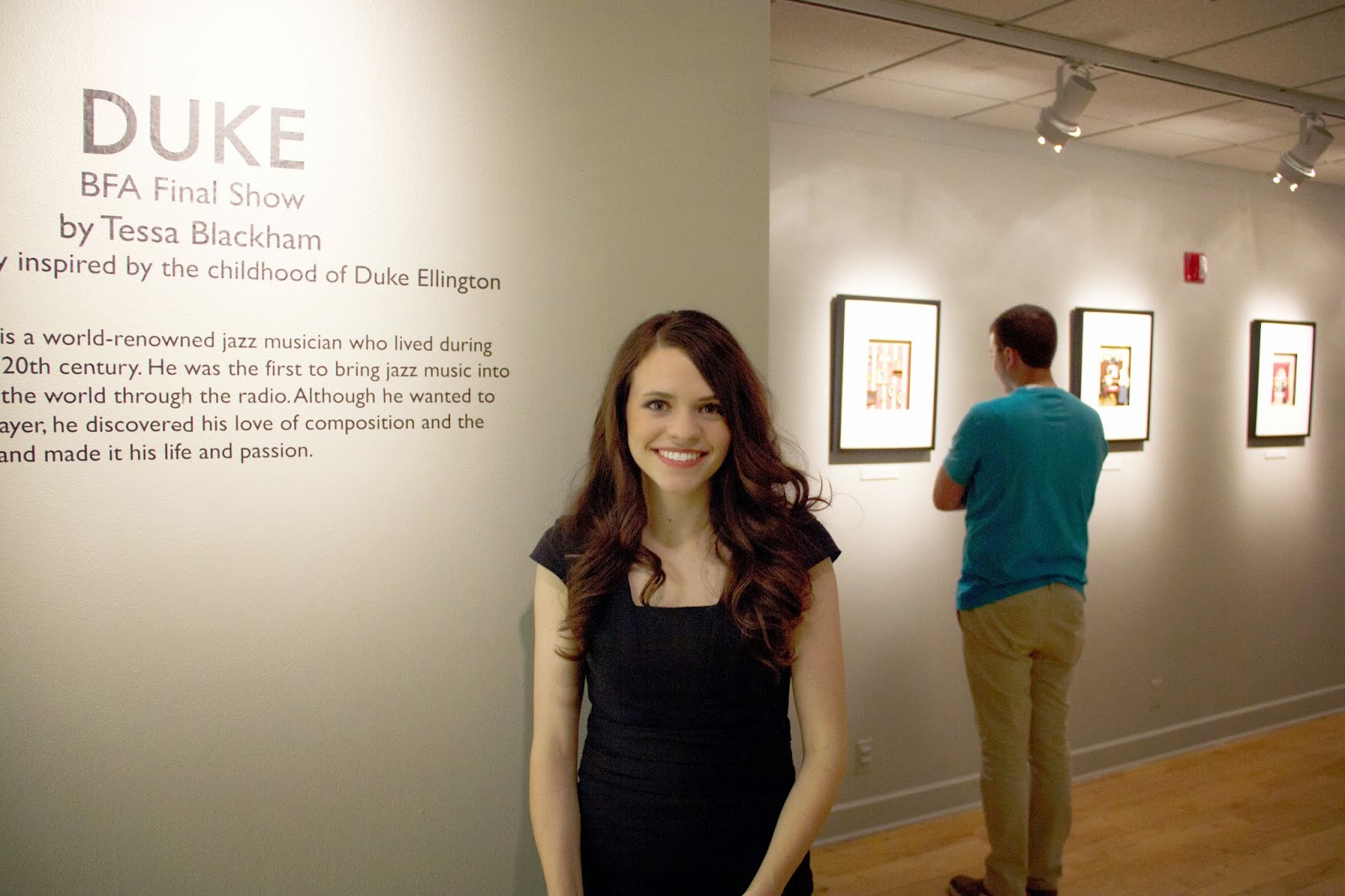 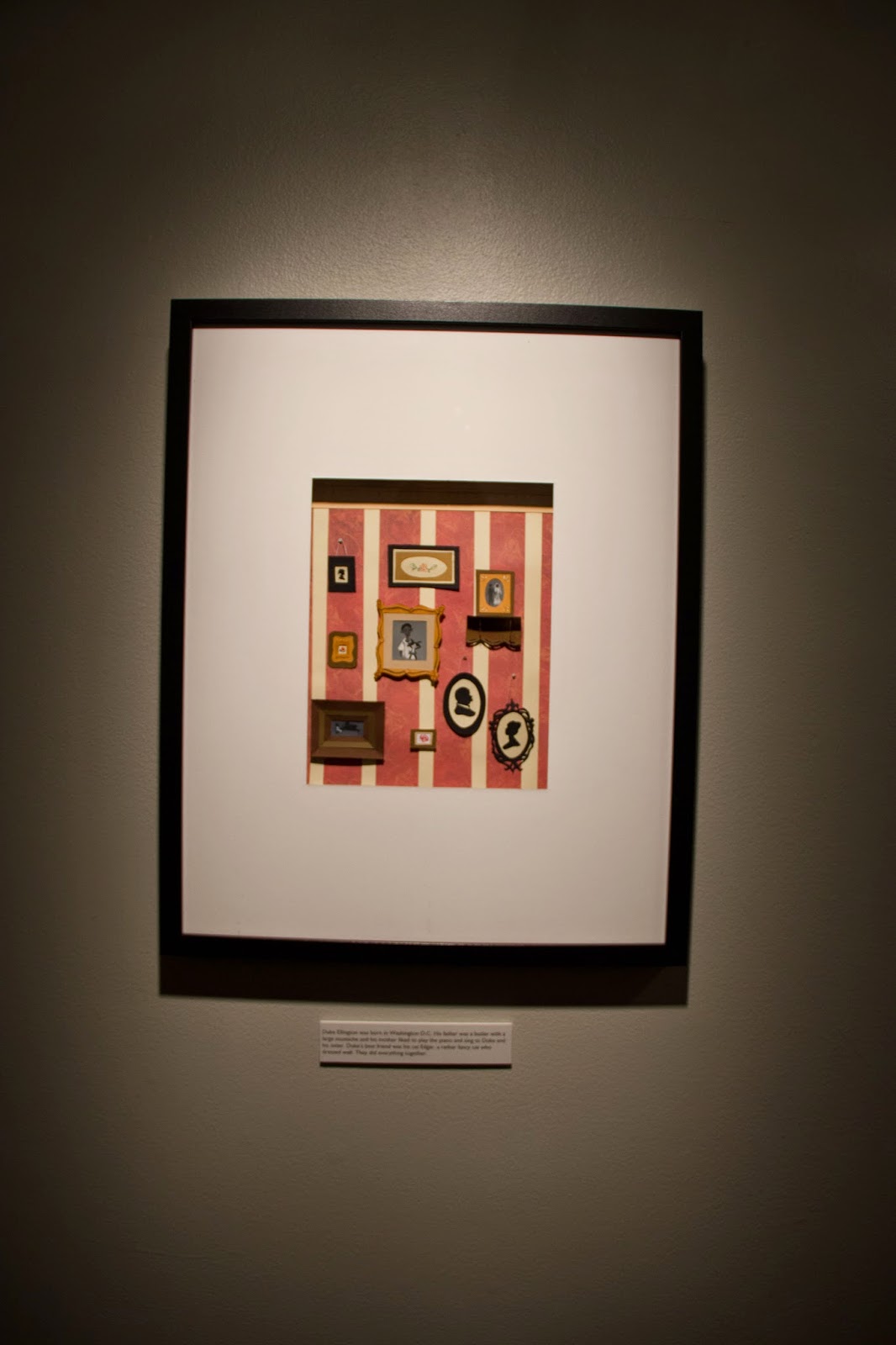 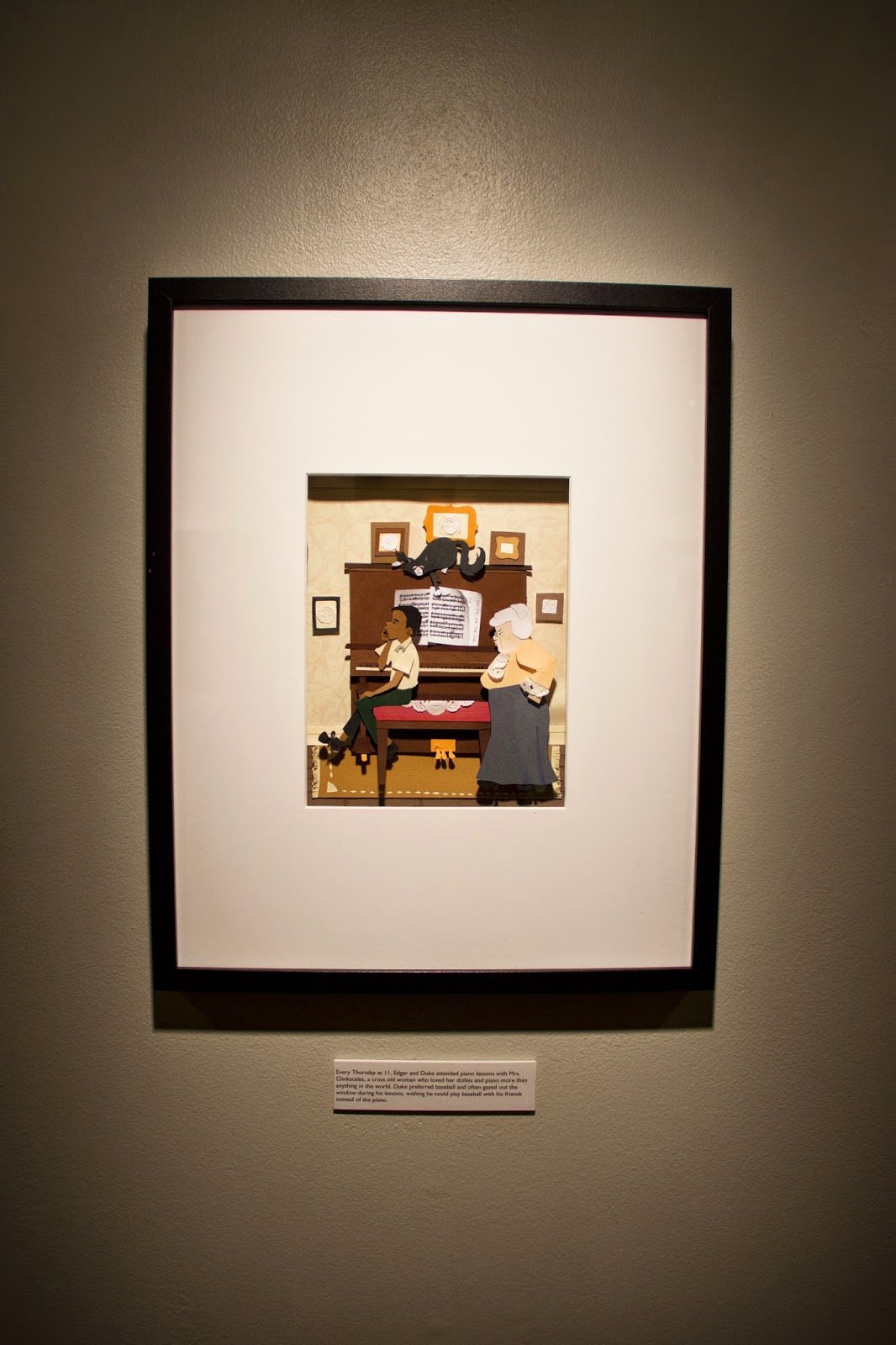 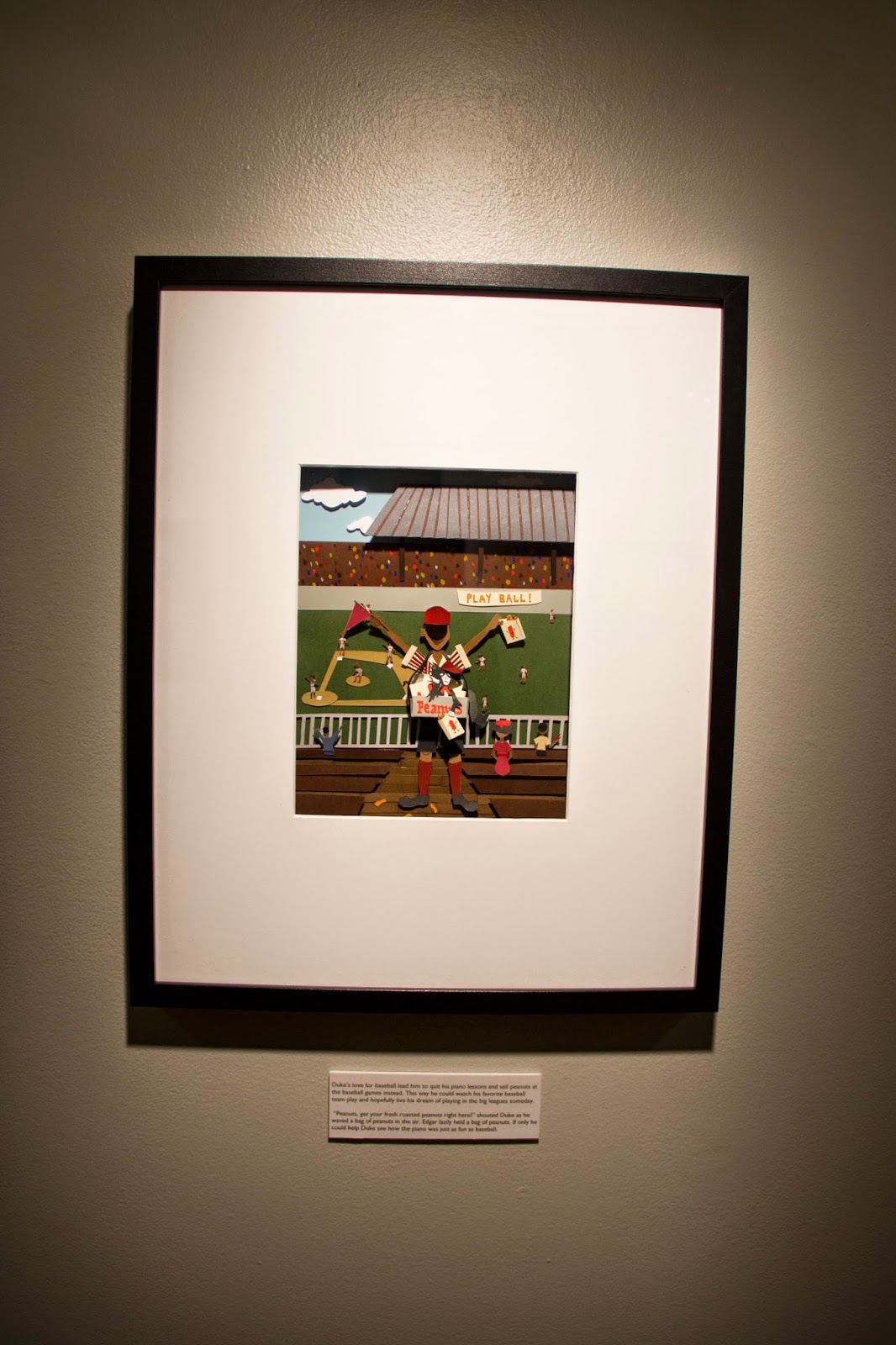 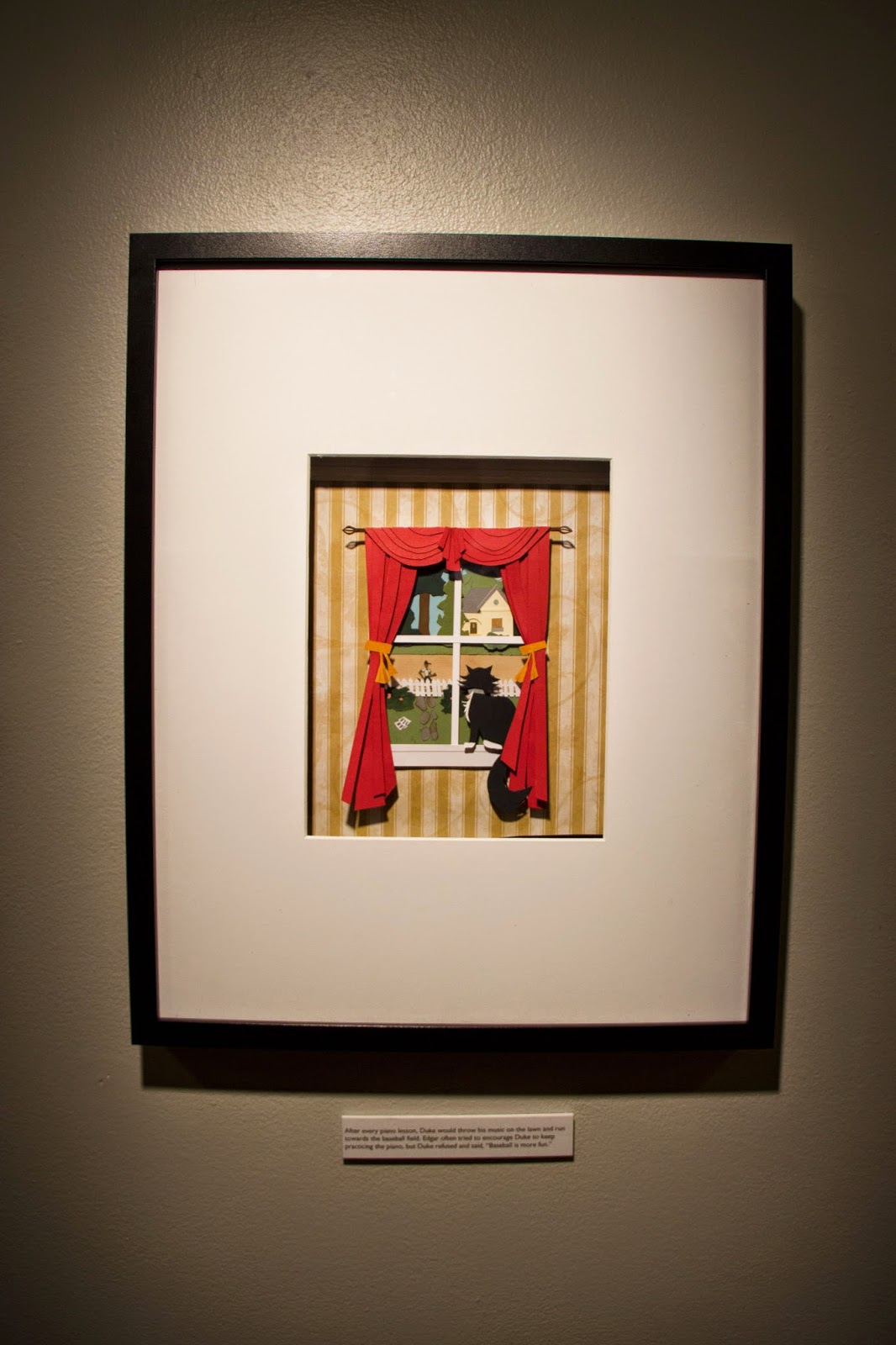 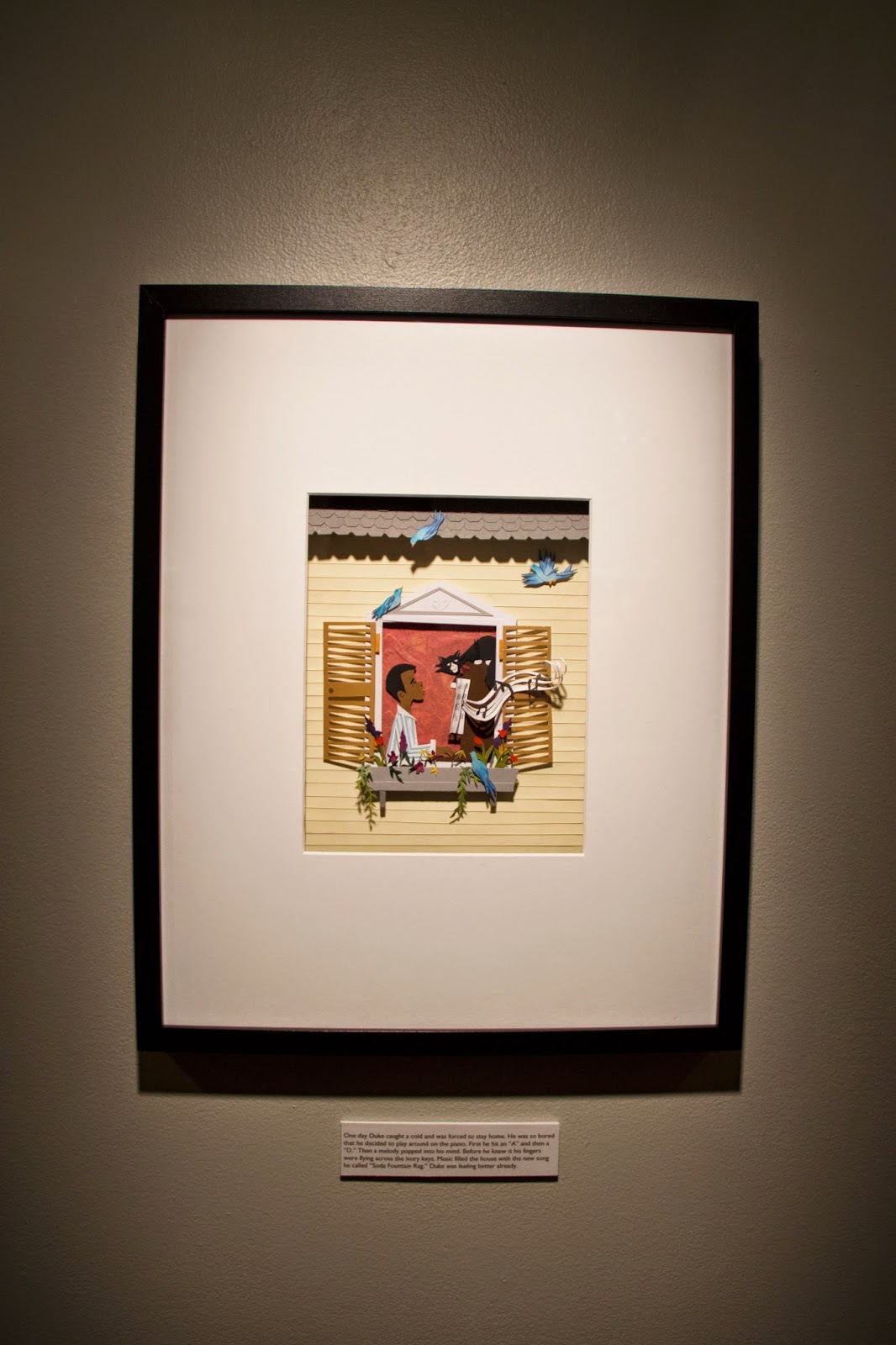 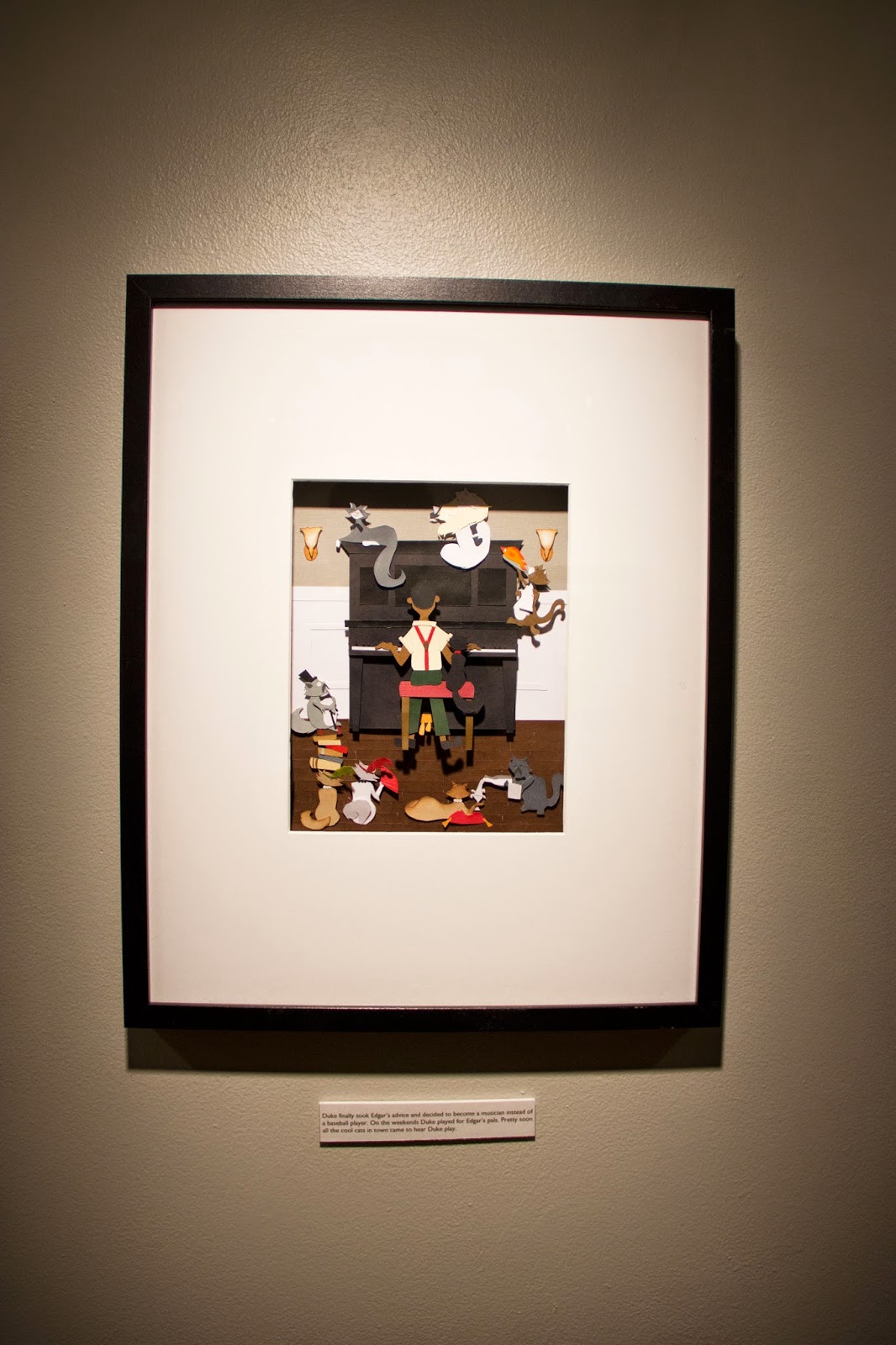 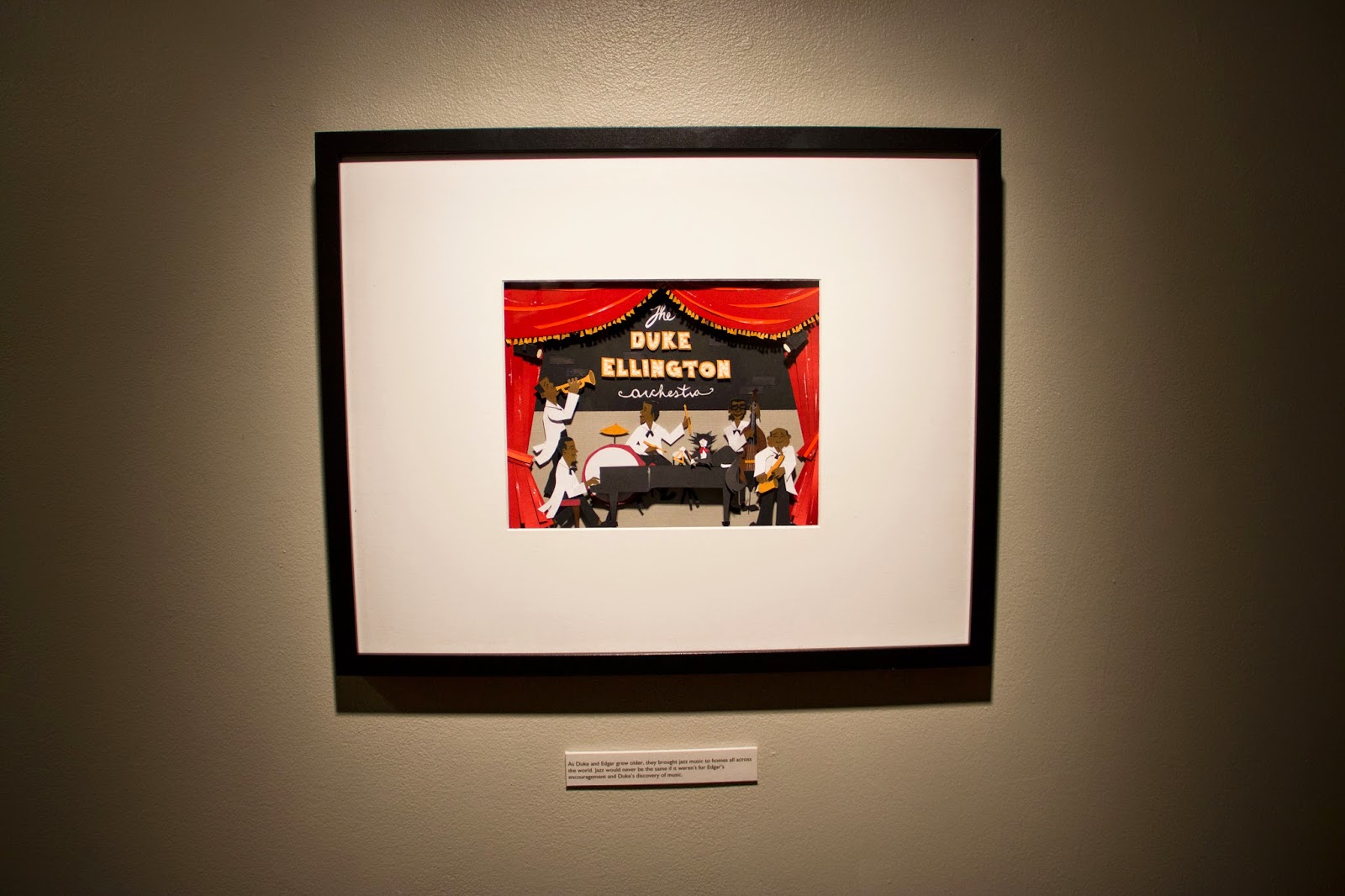 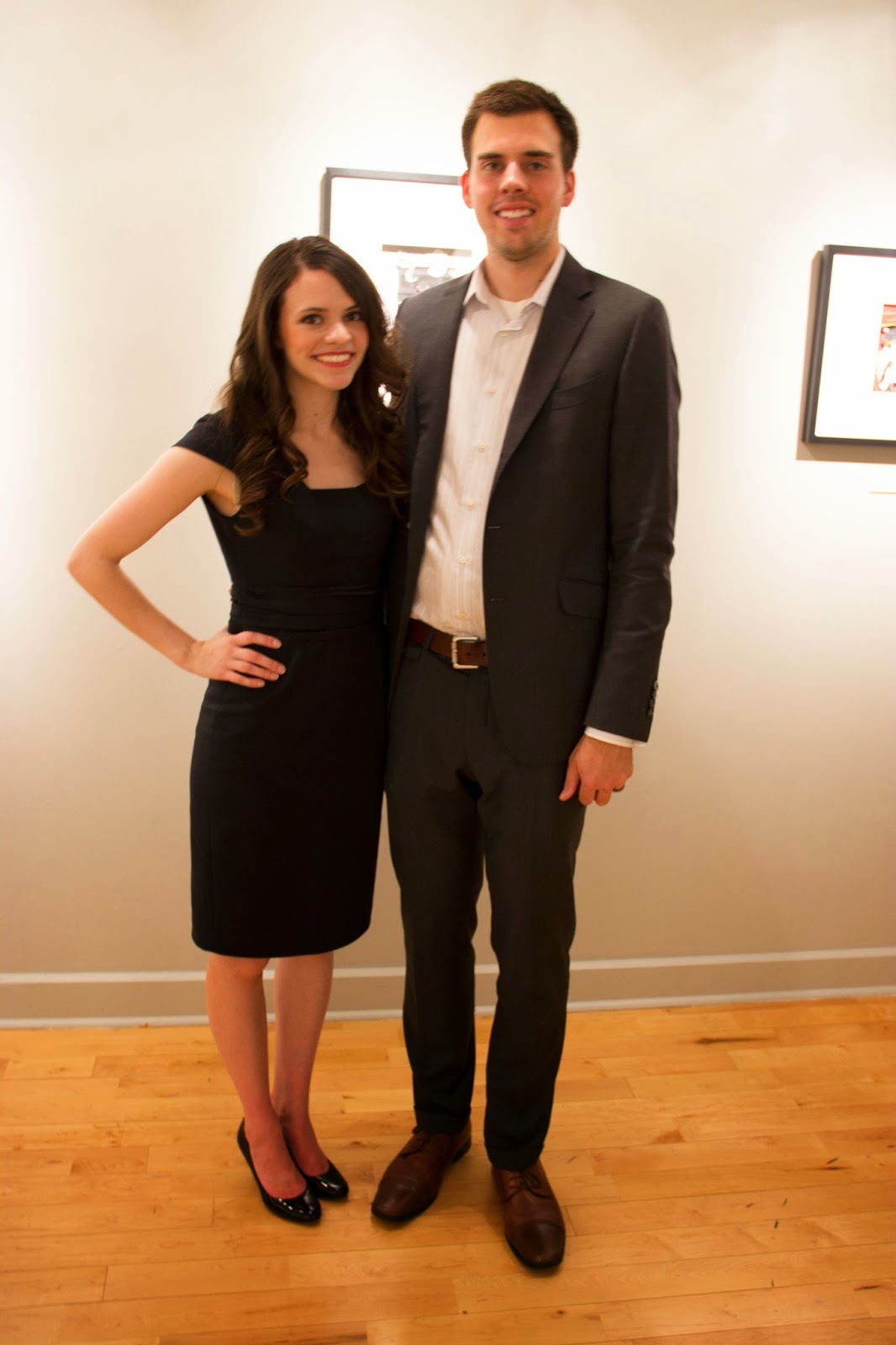 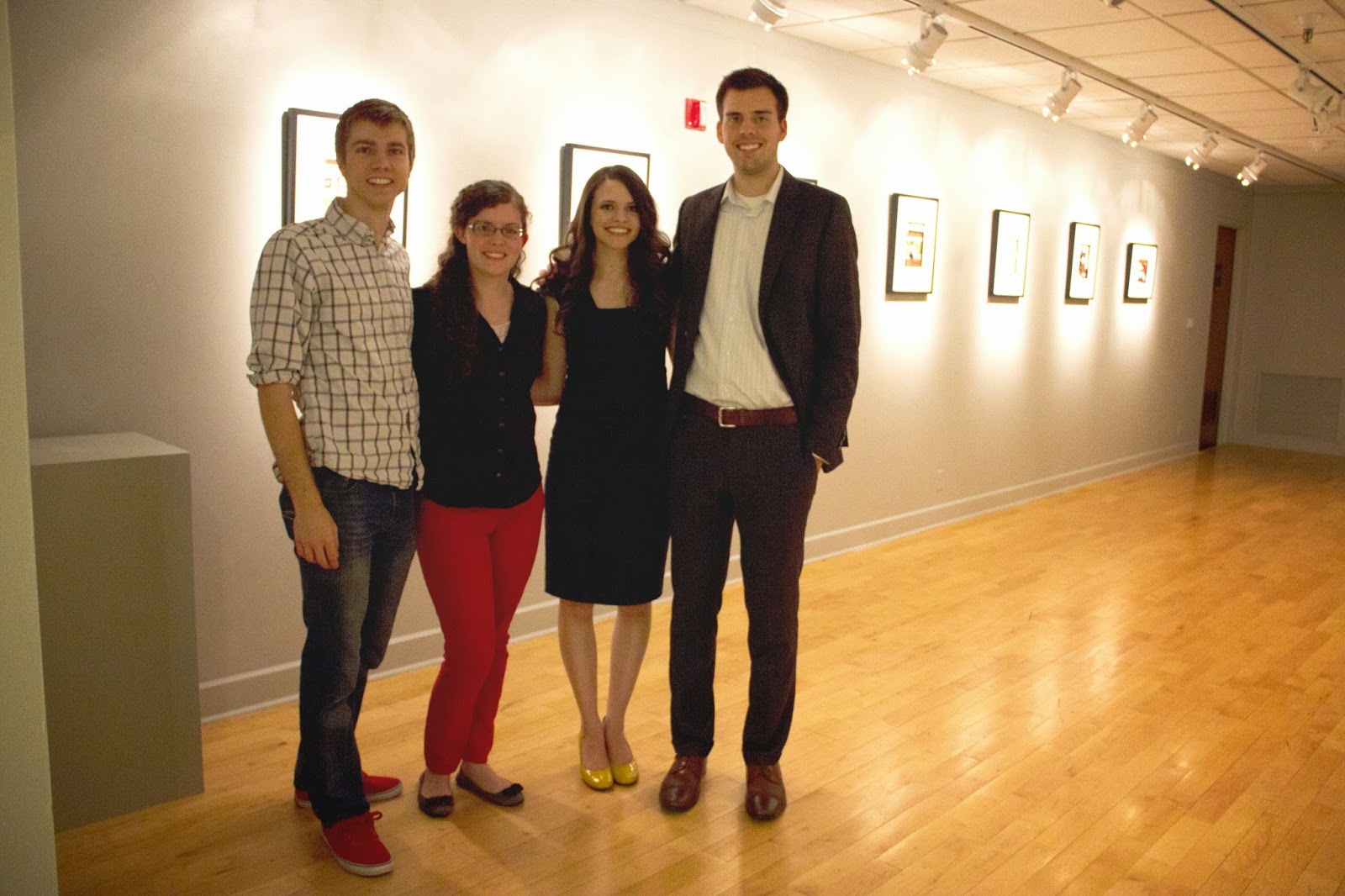 After completing my final show I moved a week later to Seattle with my
husband who will be working for Amazon. So far I am loving it here and
can't wait to see what the future has in store for me and my art!