For a warm up for an ink assignment my teacher had us create about 20 heads using different ink techniques. Some turned out better than others but I enjoyed the process of exploring ink and I like the fact that each is unique. Enjoy! 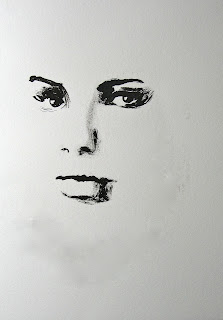 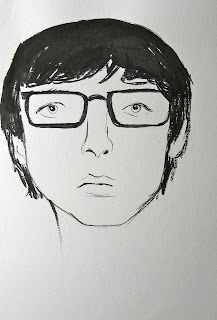 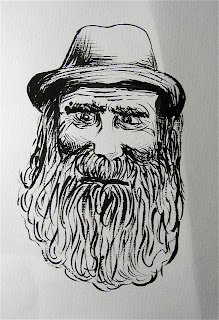 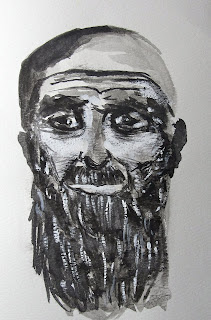 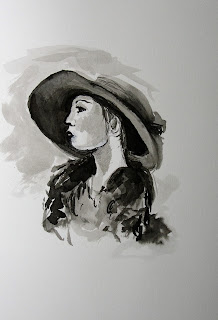 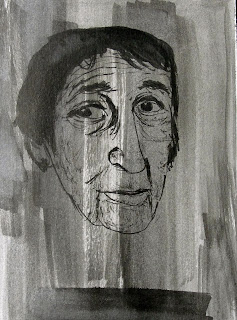 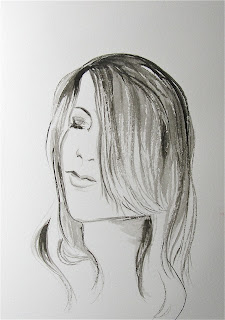 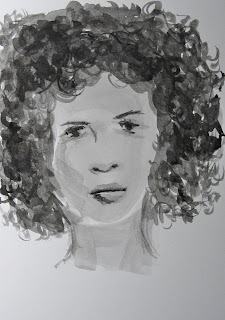 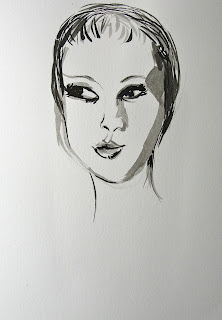 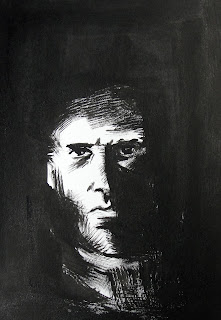 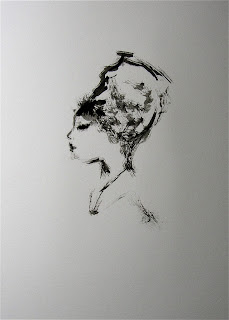 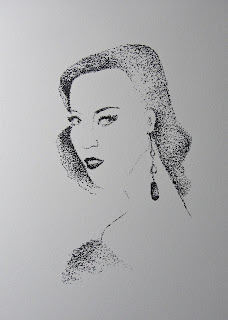 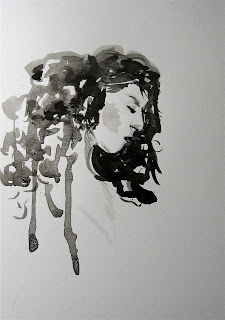 (picture of Birdland in New York with  a random guy)

I chose this song because Andrew and I went to Birdland while we were in New York and I thought it would be fun to create a piece inspired by jazz music. I was influenced by Jim Flora's art work. He created many jazz album covers in the 1950's so I thought it would be fun to mimic his style. I used acrylic paint and I wanted the colors to be bright and up-beat, just like the song. The color scheme is funky but I think it works. 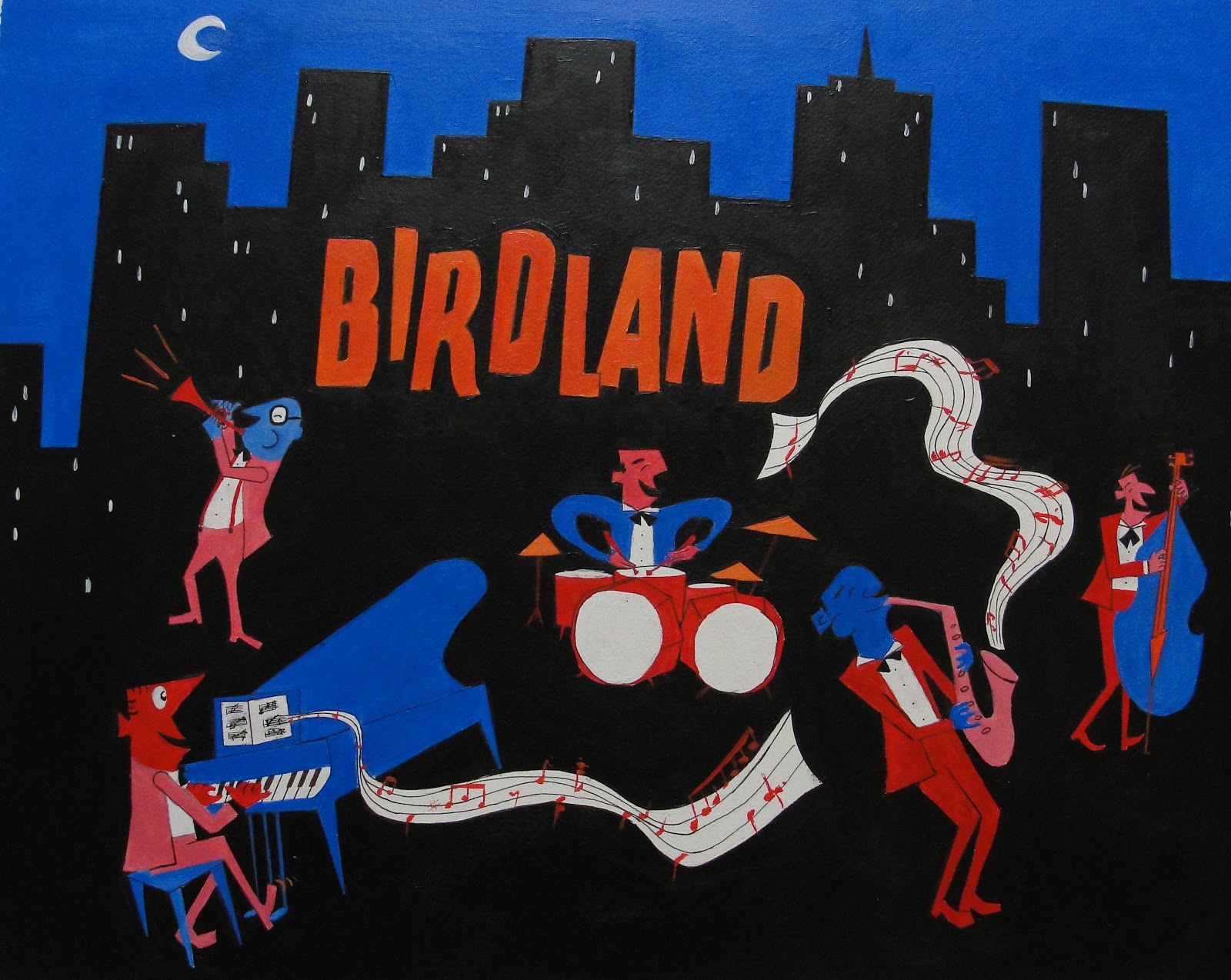 Want to listen to the song? https://www.youtube.com/watch?v=68-6O2mJhMw
Posted by tessa at 9:35 PM No comments:

Thoughts on creativity and other things...

I watched a talk by Ken Robinson on “Schools Kill Creativity” and I completely agree with him. Instead of posting artwork this time I thought I’d share what I learned.

The Process of Struggle and Creativity


Kids have tremendous talents and we as adults tend to squander them. Kids take chances and are not frightened of being wrong. However, as kids grow up they start to become afraid of being wrong and therefore they kill their creativity and hurt their process of learning. In our education system we have taught kids that mistakes are the worst things you can make.


This morning I listened to an NPR report about the learning system in schools. They did an interview on a school in China. The reporter said that he watched as a teacher taught her students how to draw a cube. Many of the students understood it and were doing it correctly, however there was one little boy who was struggling. Instead of picking the best student’s work to show the class as an example, the teacher took the student who was struggling and had him rework the cube in front of the class. The teacher would ask the class if the student did it right and if he didn’t he had to continue to rework it until it was correct. Eventually after much struggle the boy drew the cube correctly and the class broke into cheers and congratulated their fellow student. Now you would think that the boy would be embarrassed, brake into tears and give up (which is probably what I would have done). Instead it made him feel great that he accomplished a difficult task.


So what is the difference between the Eastern and Western school systems? The Eastern school system uses struggle and mistakes as a tool of learning and they accept and welcome struggle. They understand that struggle and mistakes are part of achieving goals and accomplishments in the end. In our society we become impatient and embarrass those who tend to struggle and make mistakes and then glorify those who accomplish the task perfectly. I know this because I was that kid especially when it came to math.


We all must struggle through the learning process in order to learn and accomplish the task at hand. If you haven’t experienced this try creating something.


In art you must be willing to make many, many mistakes and be critiqued before your piece of art can be successful and completed. In my Illustration class I was working on a portrait of Audrey Hepburn and for whatever reason no matter how many times I reworked it the painting didn’t look right. I even woke up at 1:30am one morning and reworked the painting about 4 times and it still didn’t turn out. Today I am still in the process of fixing and perfecting it. So I am I wasting my time making mistakes? No. In fact that’s where I learn. My mistakes build my technique and help me become a better artist. After Thomas Edison failed 2,000 times to make the first light bulb he said, "I didn't fail; I found out 2,000 ways how not to make a light bulb.” Mistakes make us into better people once we learn and grow from them.


Art in our Education System and in Society


According to Ken Robinson there is a hierarchy in our education system. Math and science seem to be at the top of the list and the arts and humanities tend to be towards the bottom. School systems tend to focus on one side of the brain and don’t encourage creativity this way. In fact it kills creativity and as a result the arts in public schools are depreciating.


We as a society have developed this mindset that if you are not making a certain amount with your job then you are not successful. We have made our paycheck and image as a sign of how successful we are. This mindset has existed since the colonial era. If you don’t believe me look at early American art. 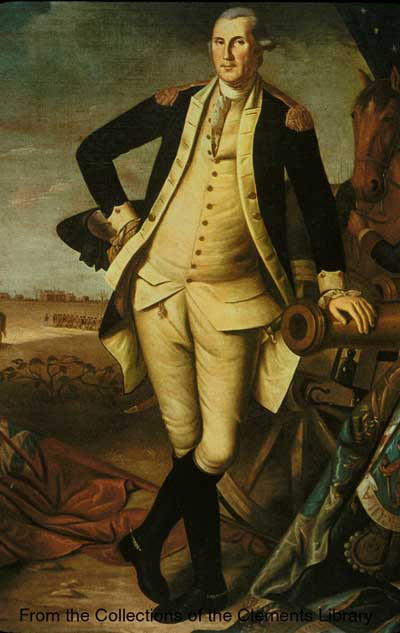 " Americans were completely focused on class, wealth and reputation. In paintings people were represented in their finest clothing and even had custom made furniture just for their portrait sittings. People used objects in their portraits to represent their class, reputation, wealth and the things they have accomplished. The successful American image was important to them. Today this American mindset of wealth and class still hasn’t changed in some ways. 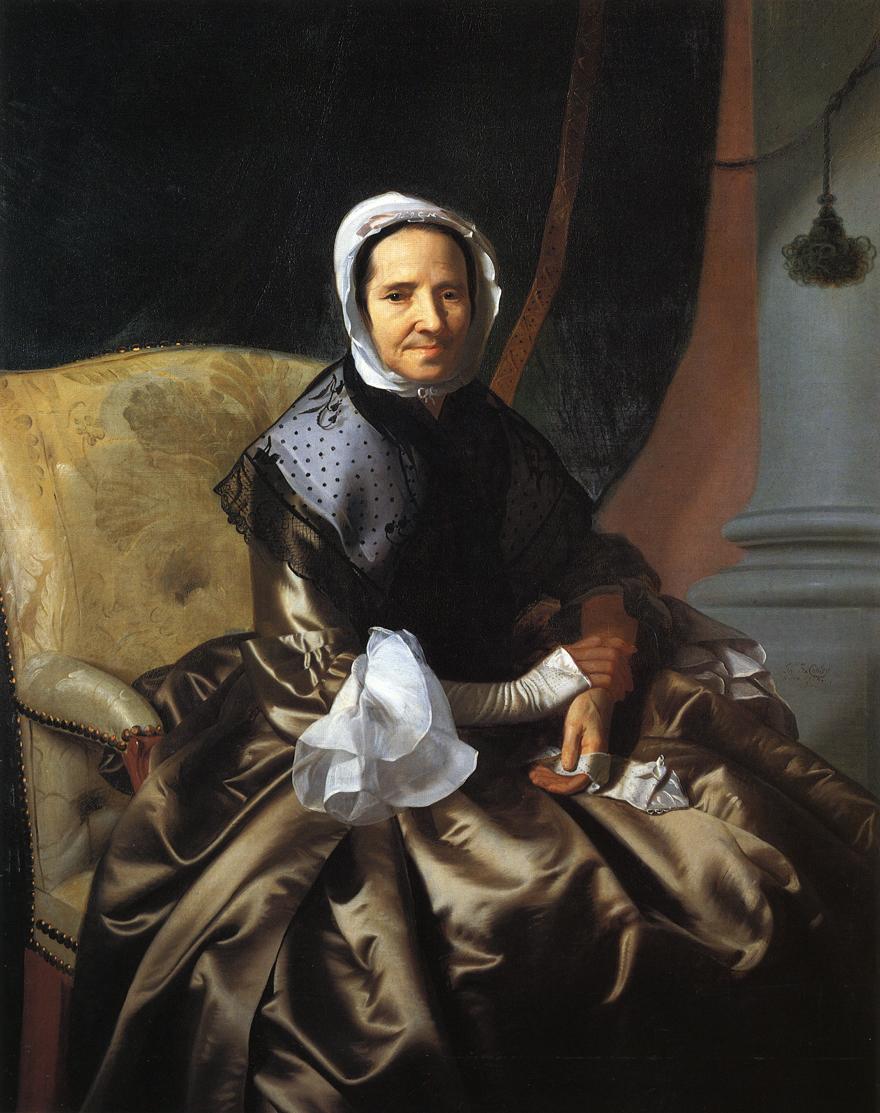 It's been a while since I've updated the blog, but it's due to the many midterms and art projects I've had. For this project we were required to create a nursery rhyme set in a different time period using only ink. I did Little Bo Peep and it's set in the Middle East. I really enjoyed the style of flat, silhouette shapes. I thought it turned out really well and it inspired me to continue to explore the medium of ink. Enjoy! 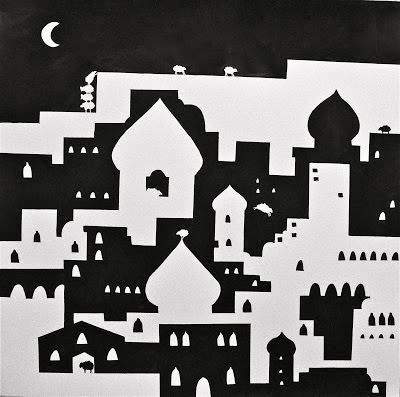 (sorry if it's a little crooked, my crop wasn't working very well) 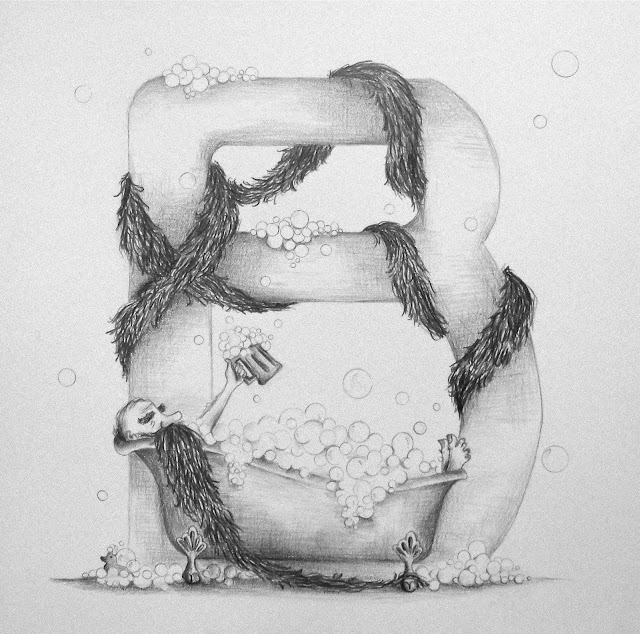 For my illustration class we were required to pick a letter from the alphabet and create a graphite drawing using at least three objects that started with the letter. I did the letter B. If you couldn't tell I used bubbles, bath, beard, and beer. It was fun creating this piece and it made me think how I can incorporate this fun stye into more of my art. We decided to name the old guy Gump. 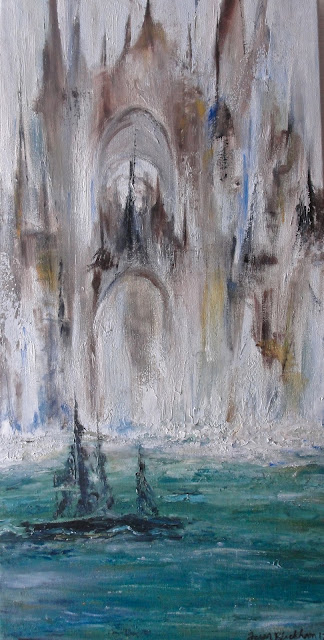 During the summer I decided to start to learn how to oil paint. I've only worked with watercolor and ink so I wanted to try something new. For my final project in my oil painting class I created "The Sunken Cathedral" (painting on the left).
My painting is based off of the song "The Sunken Cathedral" by Claude Debussy. It's a beautiful piece of music and I couldn't help but paint my imagination. According to legend (and wikipedia) Debussy's piece "...is based on an ancient Breton myth in which a cathedral, submerged underwater off the coast of the Island of Ys, rises up from the sea on clear mornings when the water is transparent. Sounds can be heard of priests chanting, bells chiming, and the organ playing, from across the sea. Accordingly, Debussy uses certain harmonies to allude to the plot of the legend, in the style of musical impressionism." Legend also has it that the cathedral would rise from the ocean once a year for exactly one hour and then sink back down into the ocean.
As I painted it I listened to Andrew play the piece on the piano. I would picture the image of a cathedral rising up out of the foamy water as boats from a distance watched the amazing scene. Abstract, but a fun experiment with color and texture.
Want to hear it for yourself? Here's a link:)
http://www.youtube.com/watch?v=nKNmO3GYKj8