Sleigh Bells Through the Snow

Merry Christmas to my friends and family! Thank you for all of your love and support. Andrew and I wish you the best for you and your loved ones this holiday season. 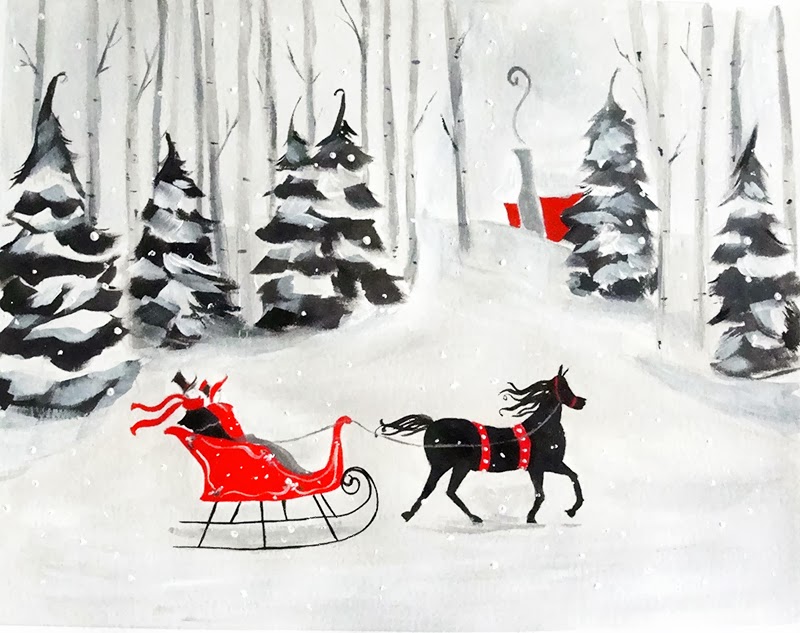 "Sleigh Bells Through the Snow"

( I love vintage Christmas cards so I created my own using classic retro styles. I didn't have time to send my Christmas card but I thought you would like to see it.)

For this piece I am entering a competition for the London Transport Museum. The theme was "London Stories." I decided to put some of my favorite London characters soaring over the city of London. 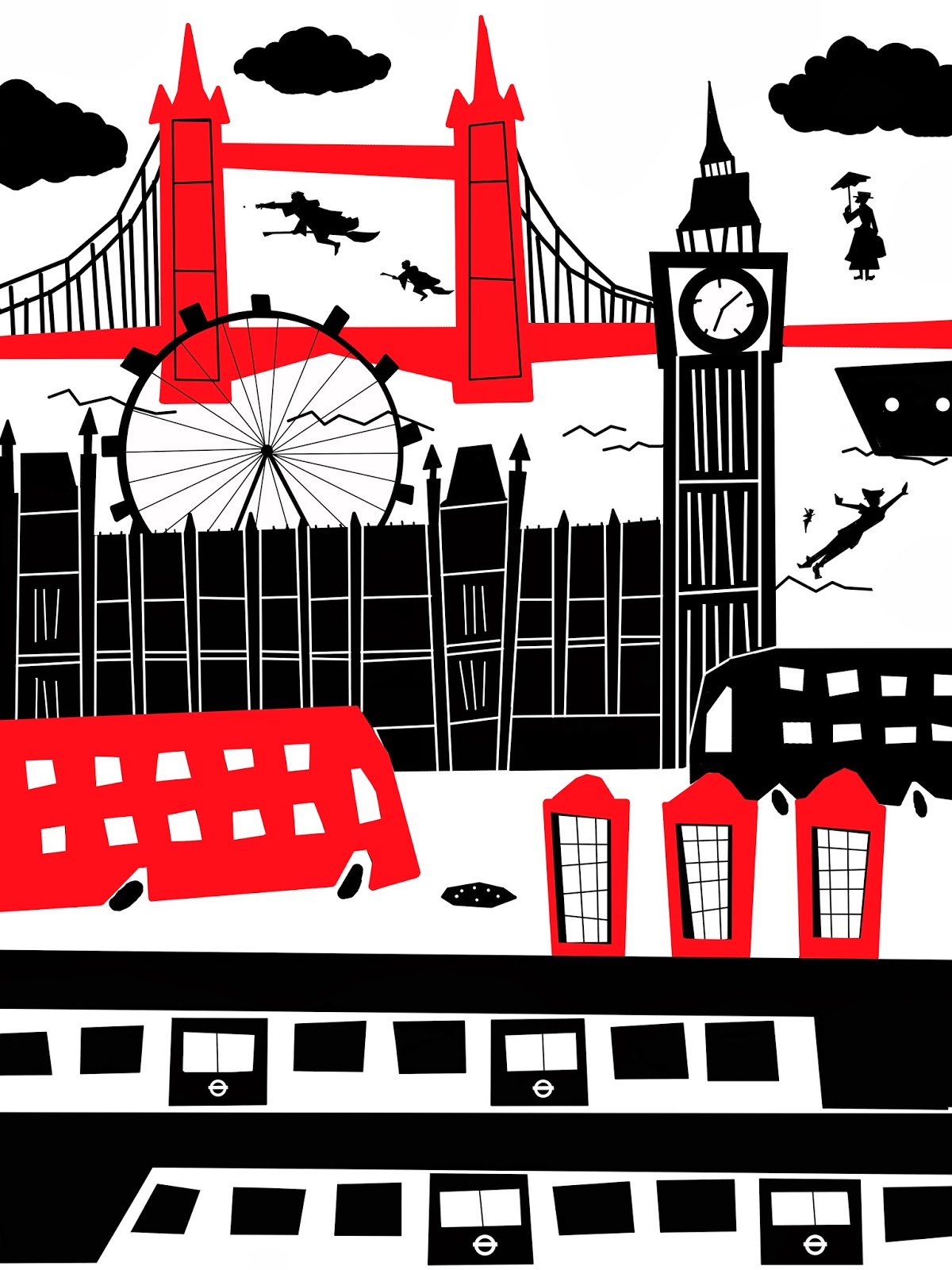 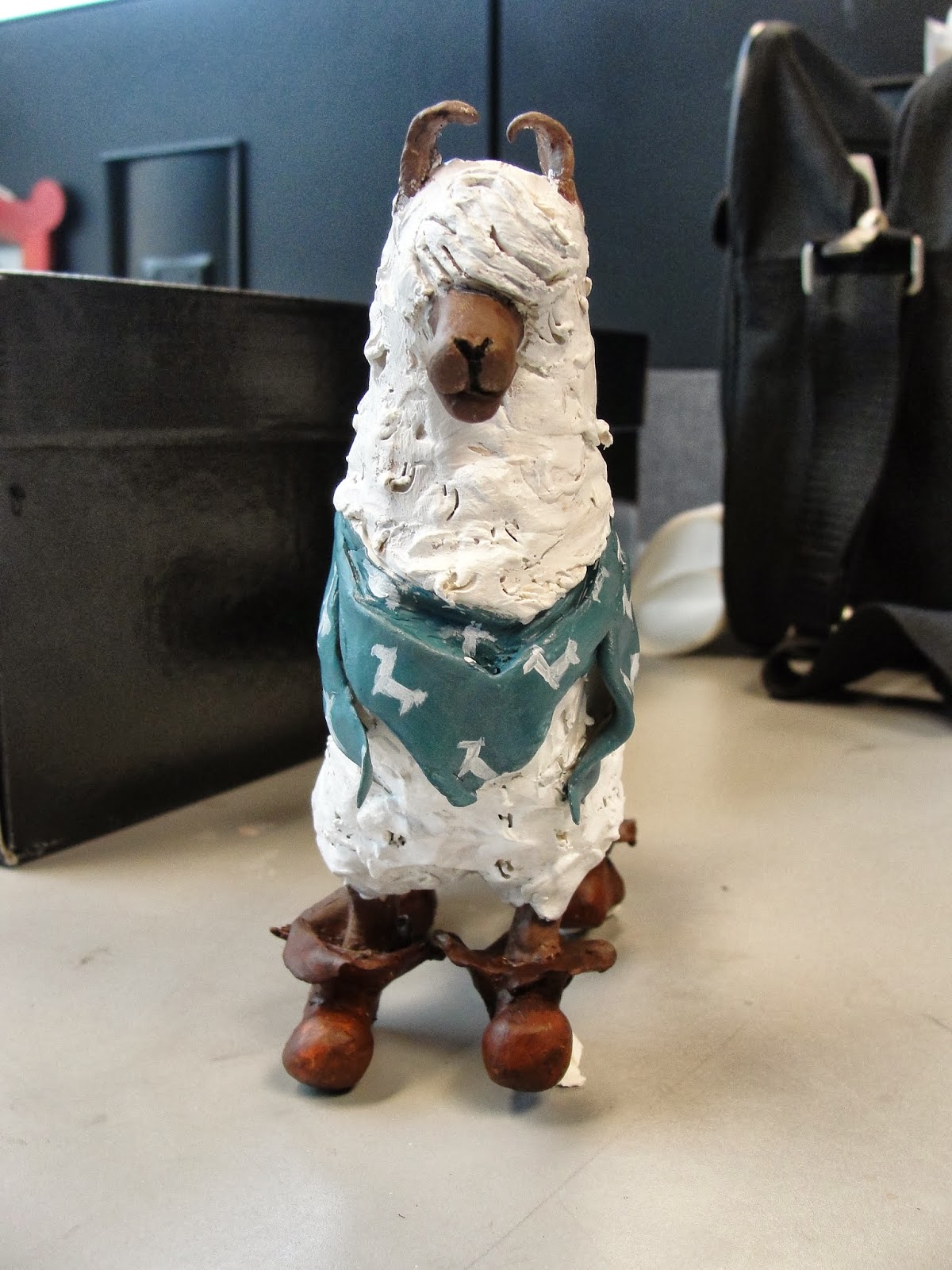 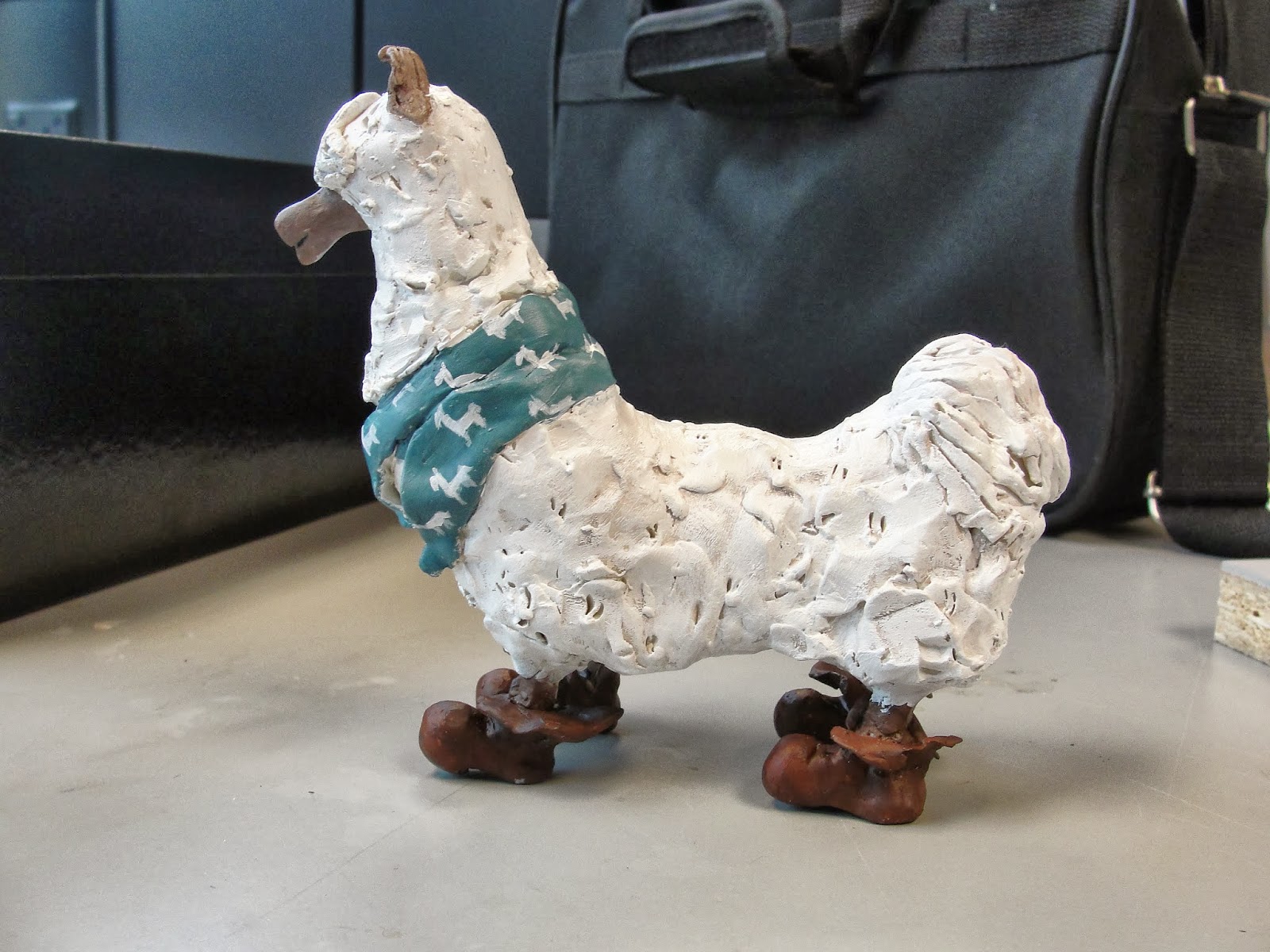 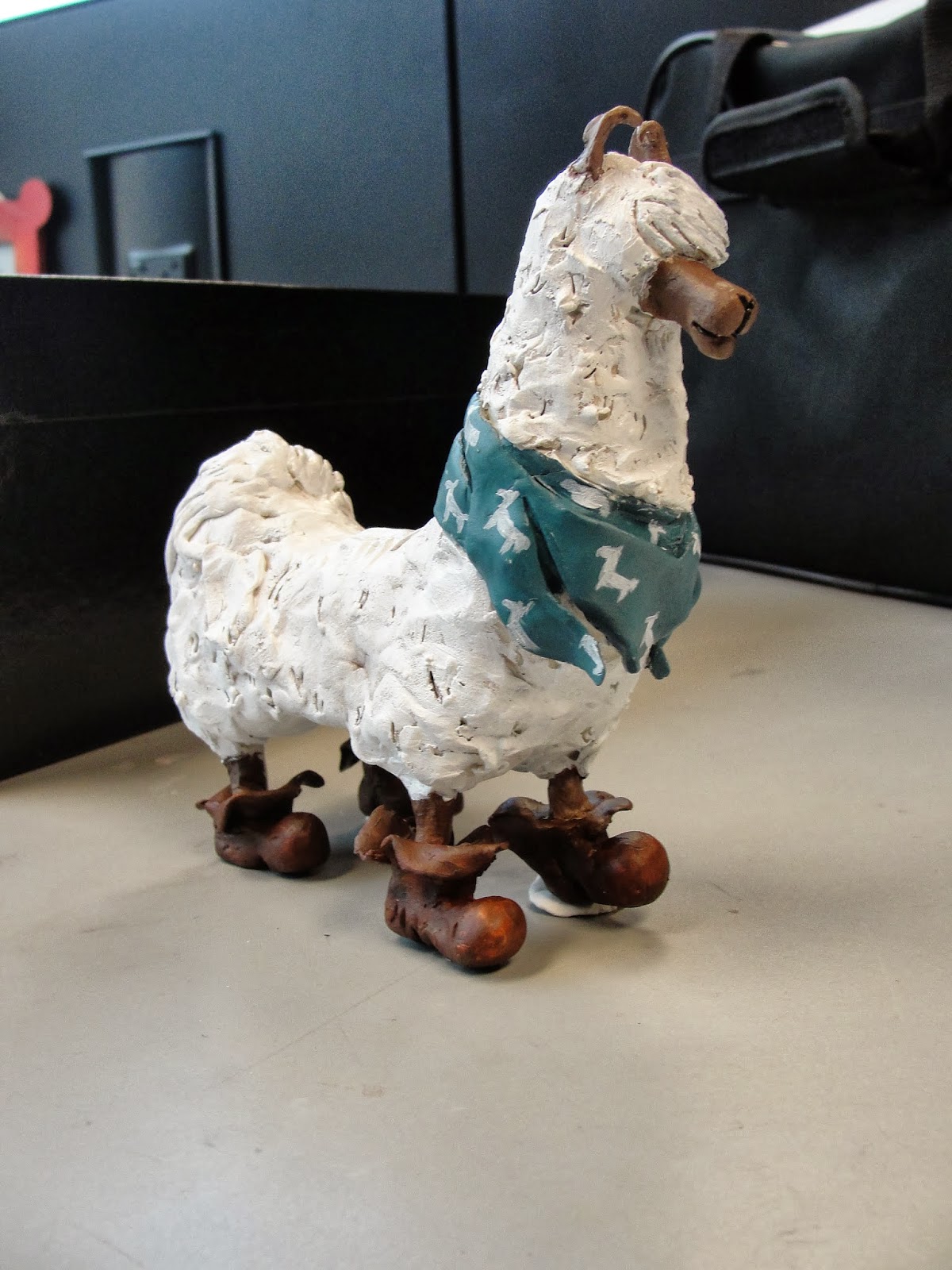 After sculpting and painting him I placed him in his natural environment...

For my work we plan youth fine art and scholar camps during the summer. Currently, we are working on an amazing race game for one of our camps and I'm in charge of the "art station" for the race. For the competition, the kids will have to create a finger print animal using an ink pad. So to see how hard it was myself I decided to create an animal using my fingerprints, blue ink and colored pencils. This is what I came up with. 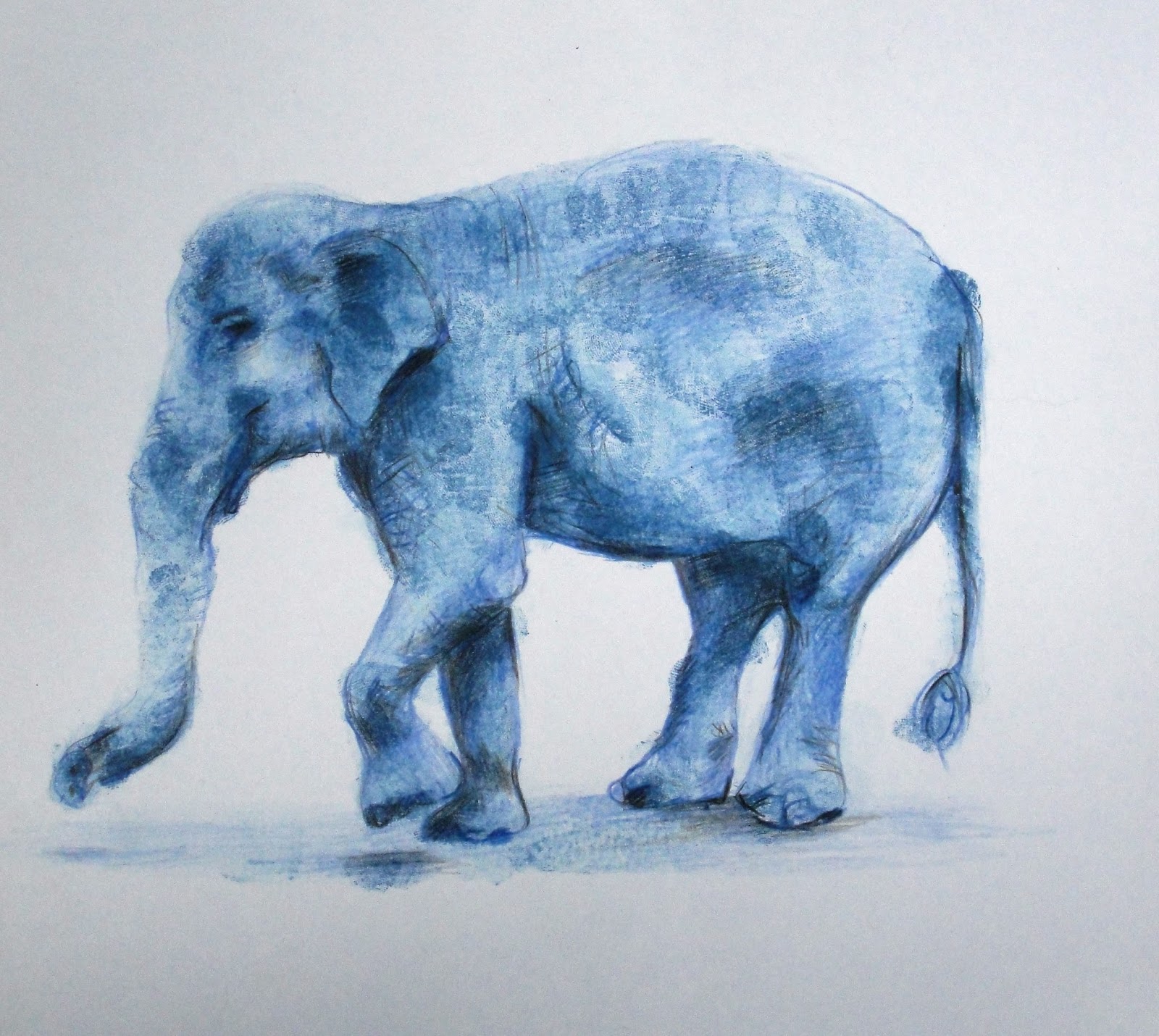 I love working with different mediums so this was a fun challenge and gave me some good ideas for upcoming art projects.

A few weeks ago I attended the "Book for Young Readers" conference at BYU. It's a two day conference where well known authors and illustrators come and present. This year my all time favorite children's book illustrator and author came! Erin and Philip Stead. They co-created the book A Sick Day for Amos McGee. The illustrations are absolutely beautiful and I love the simple story. Their book won the Caldecott medal in 2011.

Their presentation was all that I cared about. I came early so I could get a good seat. After they were finished presenting I quickly and eagerly walked up to Erin and Philip and asked if they would sign my book. Erin stamped her iconic penguin with the balloon and signed "Hooray for Tessa!" with their names below it. 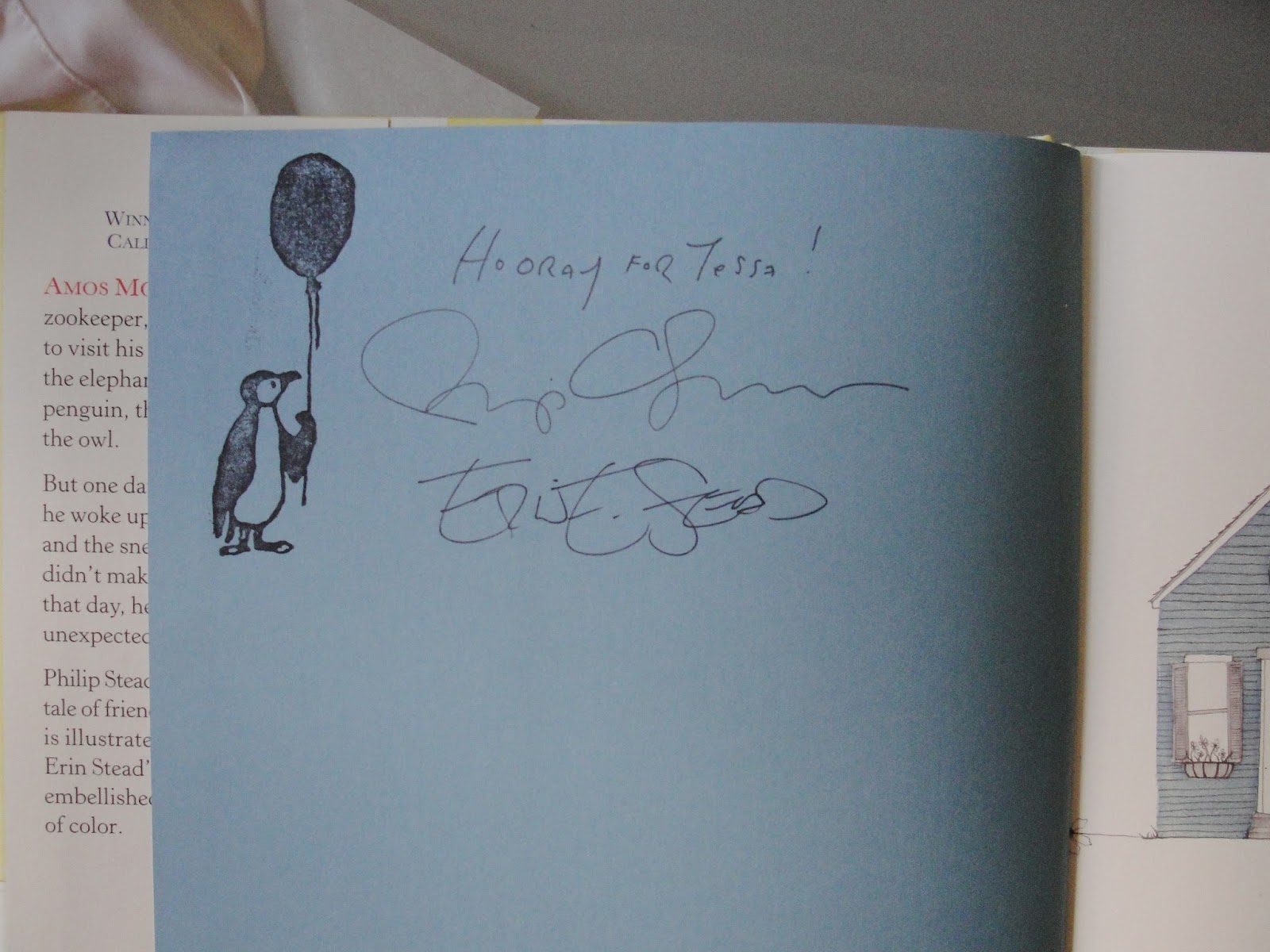 I was pretty excited. I told them I was an illustration major. I talked to Philip for a minute. He wished me luck and then I left because I wasn't sure what else to say. Fortunately there was a dinner that night and I was not leaving until I asked them about their work as illustrators.

That night some awesome coworkers of mine reserved me a seat (name tag and all) next to Erin. I was really excited but felt awkward as I sat alone at the table until they arrived. Once they arrived Philip saw me and said "Hello again" in a surprised yet friendly manner. Yep, he recognized me as the eager illustration student who is now stalking them. If only he knew how much I appreciated their book and how Erin's illustrations inspire me.

I would love to say that they were eager and excited to talk and answer my questions. However, they didn't care for small talk. They were polite and answered my simple questions but they kept to themselves for the most part. Right as I was asking them about their struggle period as an artist the speaker for the dinner began to present her speech. I didn't pay any attention. In fact I started to doze off. I played with my plate of chocolate cake to keep me awake but I still couldn't help it. After the author was finished speaking we all clapped, the Steads immediately stood up and said,  "It was nice to meet you" and walked away. I knew asking for a picture would only make me look more eager so I just casually said "Thanks, it was nice to meet you too." So we obviously weren't instant best friends at the end of the night.

Overall I enjoyed their presentation at the conference. I probably should have left it at that, however I knew this would be my only shot at meeting them. I normally don't go out of my way and ask people for their signature nor plant myself at their dinner table and invite myself into their conversation, but I'm an eager artist who wants to learn from the best. 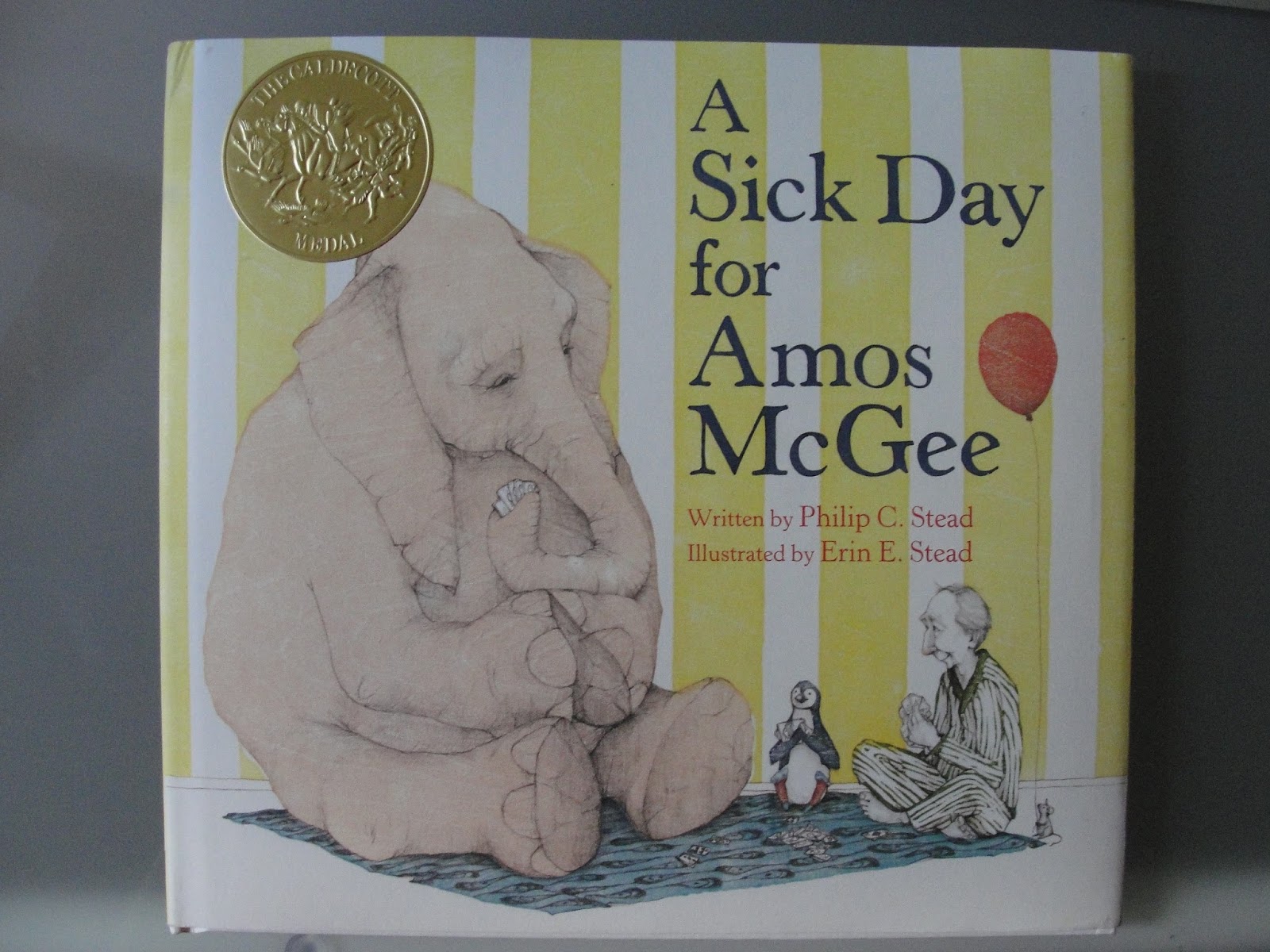 Using graphite and acrylic paint I created this simple scene entitled "No Fear."
It is an excellent motif for any circumstance in life. 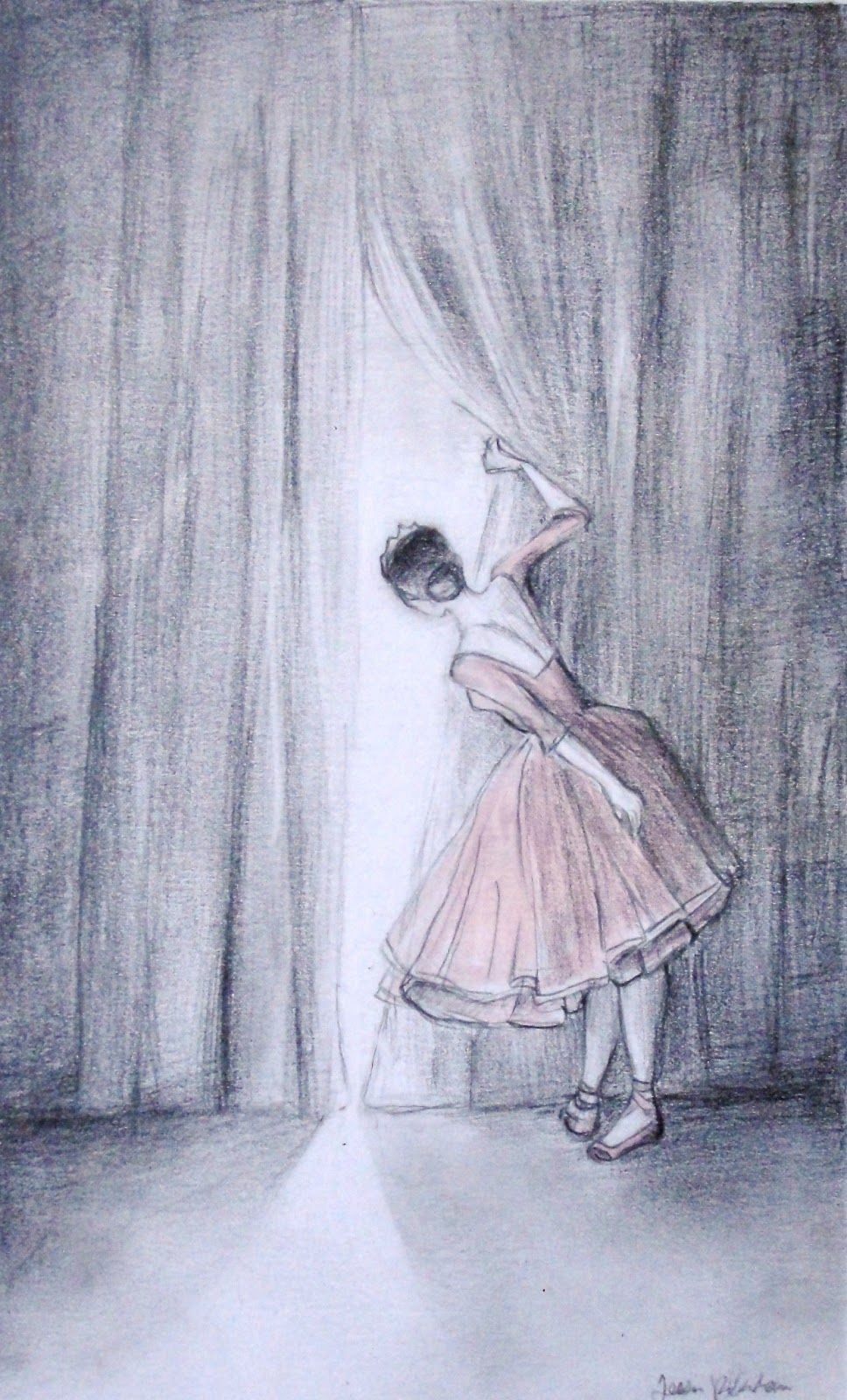 Always do what you are afraid to do. ~Ralph Waldo Emerson
Posted by tessa at 8:47 PM 1 comment:

For my life drawing final I was required to do a master copy. I chose to do Bob Mcginnis because he truly understands the human anatomy and does an elegant job at portraying it. As I have gone through this course I have grown to admire the beauty of the human body and how amazing it is. 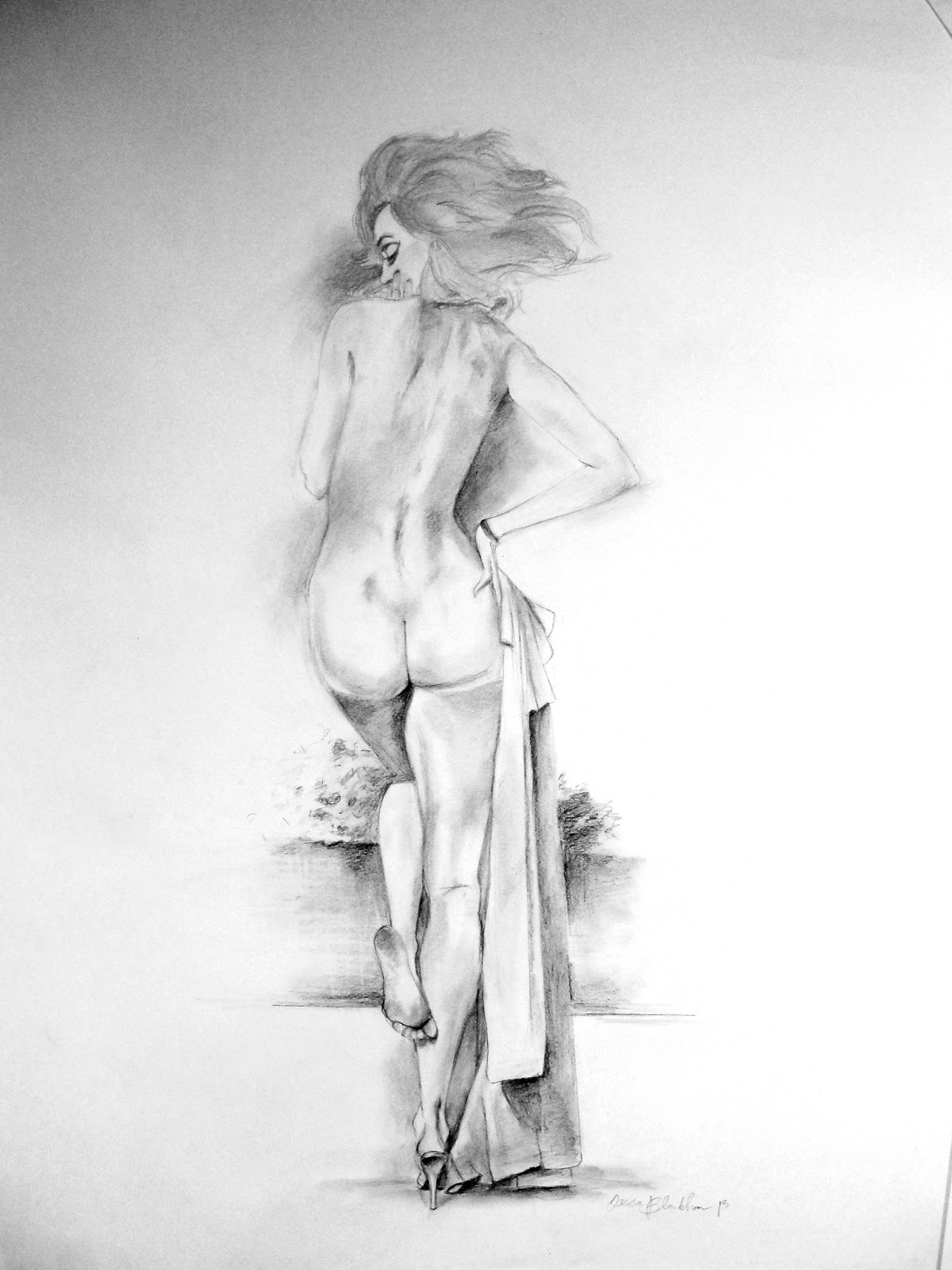 (Sorry if you're offended by her gluteus maximus....her bum:)

For this art project I was required to do a cliche piece using a tree.  I decided to re-create my old man character from a previous project and incorporate it into this one. It's entitled "Fresh Air." Enjoy! 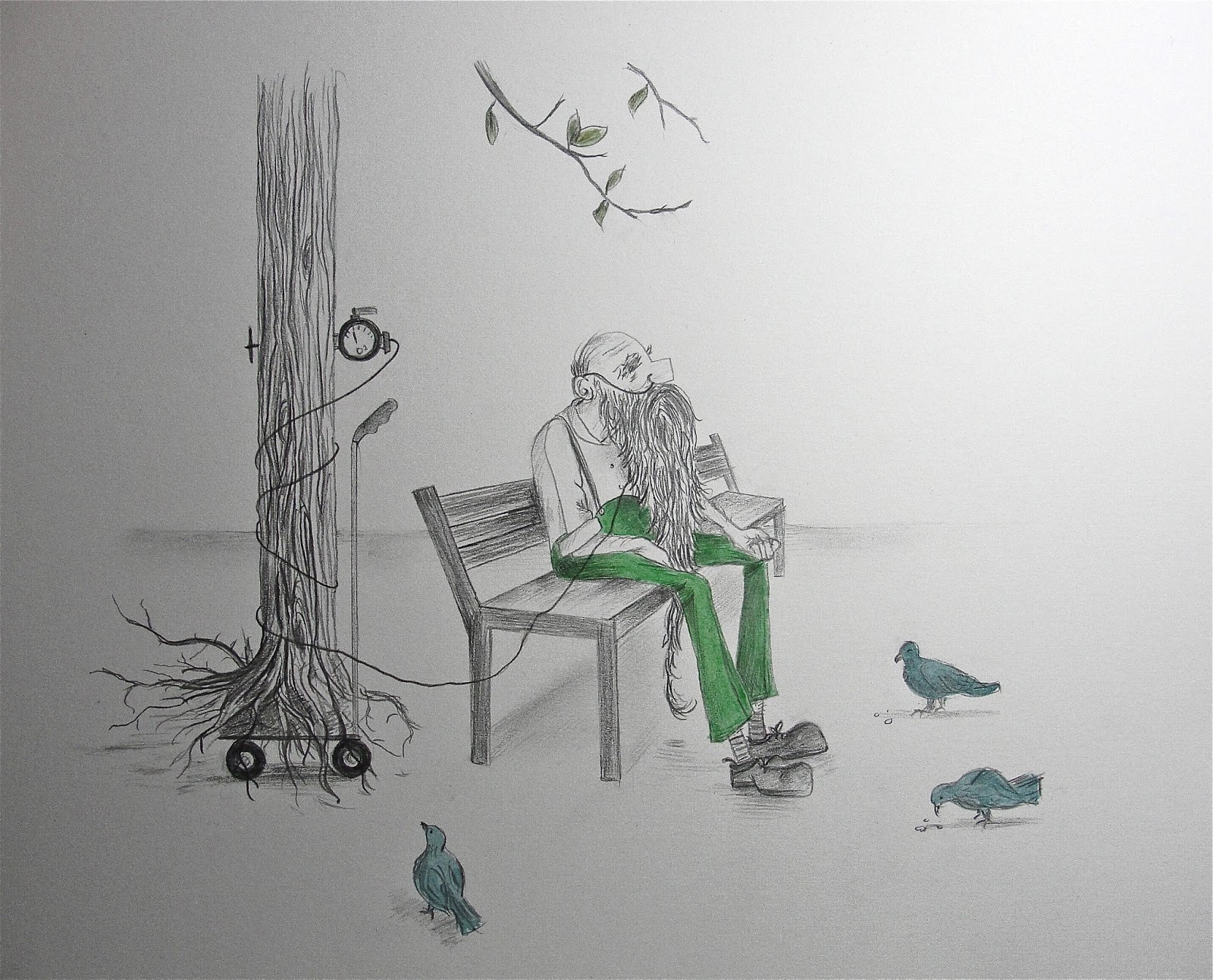 
Two weeks ago I had the opportunity to go with the BYU Illustration department to New York. I love New York and was anxious to go back again.
Before we headed to New York we went to Baltimore, New Hampshire, Delaware, and Philadelphia  to visit  different art museums like the National Portrait Gallery in Baltimore, and Brandywine museum in Delaware where N.C Wyeth's artwork is displayed as well as Andrew Wyeth. We also visited the Delaware museum of art where many of Howard Pyle's (father of illustration) work is located.


At the Philadelphia museum of art I got to see Van Gogh's Sunflowers. It was fun to tour the museums with a bunch of other artists. We each contributed our own critiques and observations.


While in Connecticut I had the pleasure of meeting Bob McGuiness. He created the old James Bond posters back in the day and helped with the film "The Incredible's." Bob is 86 and works in a small art studio.
All 16 of us crammed into his small and humble art studio
and gathered around to hear about his experience as an artist, his advice, and to observe his artwork. Bob said "My art is a reflection of me and no one can take that away from me. It's my best friend." 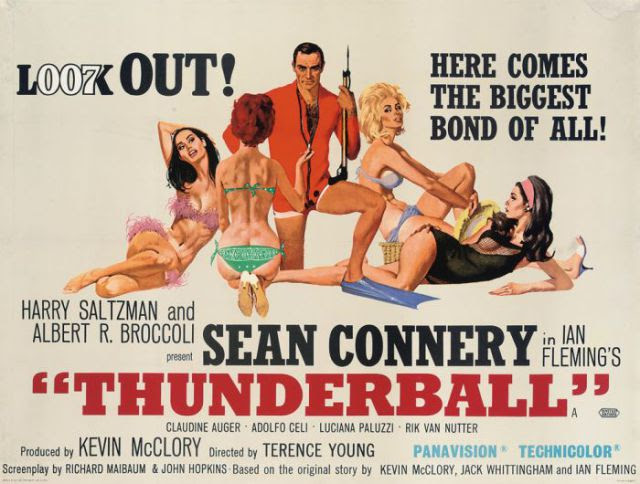 Although Bob paints mostly nude/ or partially nude women, he does it in a way that makes them look intelligent-especially when the woman is holding a gun. He respects women.

As we viewed many of his nude figure paintings he asked the girls if we thought he was "weird." We all replied, "No!" and continued to praise him on his artwork. To me Bob is a legend and he can get away with any subject matter.

Other advice Bob gave was... 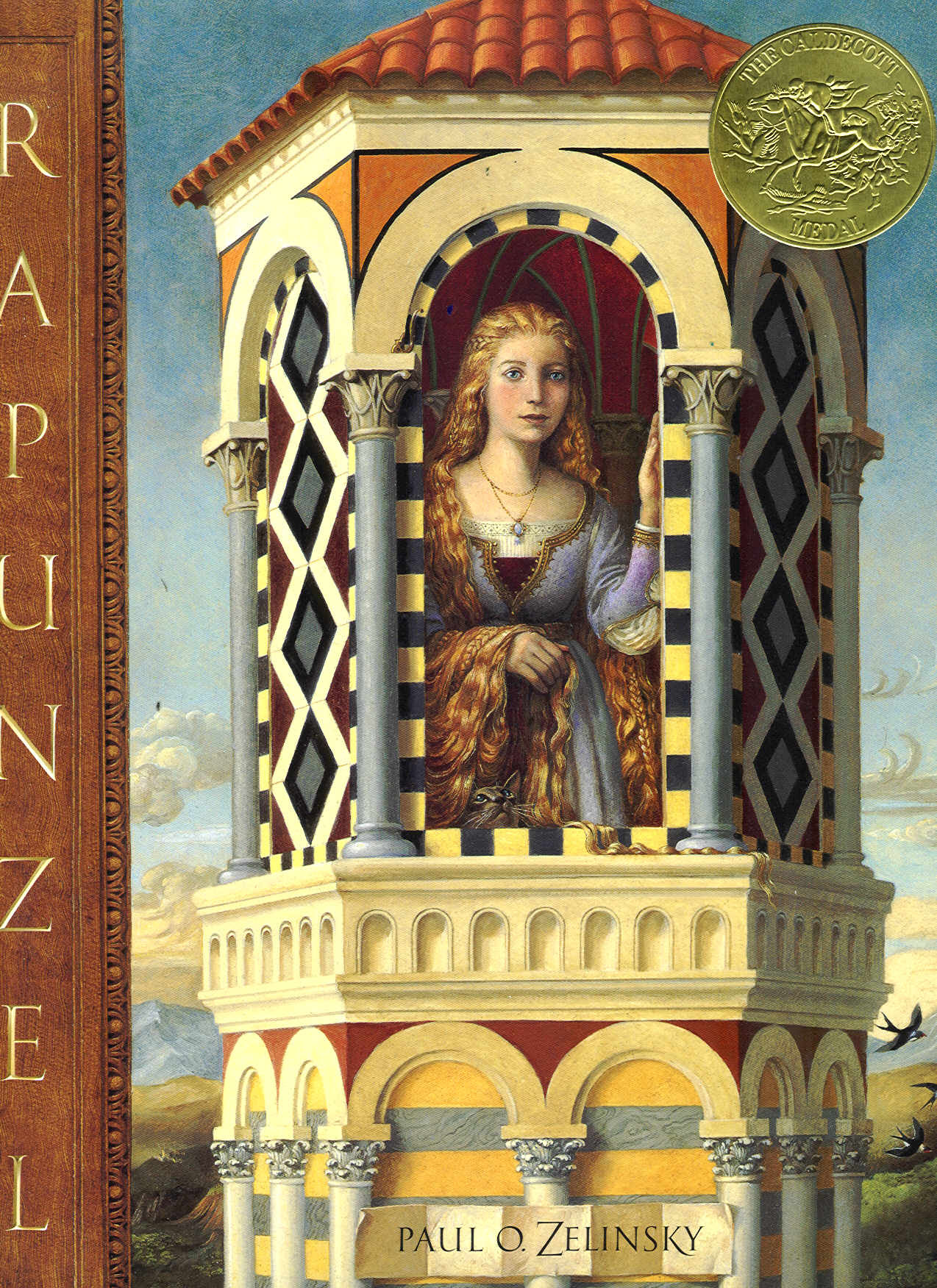 The last piece of advice wasn't one he said aloud--it was one he lived. Be humble. Bob has had an extremely successful career and still continues to do what he loves. He continues to look up to other artists such as Andrew Wyeth as someone he still strives to become. As we complemented him on his artwork he honestly believed he wasn't as good as we believed him to be. Often times he said he would turn in a piece of art and didn't feel good about it but looking back he said "it wasn't so bad."

While on my trip I had the privilege of meeting other artists such as:

Paul Zelinsky who created the beautiful art of "Repunzel" that won the Caldecott award in 1998. The images were even better in real life!

Brett Helquist. The creator of the book covers "A Series of Unfortunate Events."
He advised that we should continue to go to our teachers for help and strive to improve and to push ourselves. His artwork was beautifully rendered. 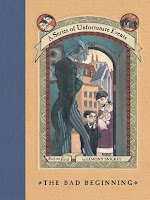 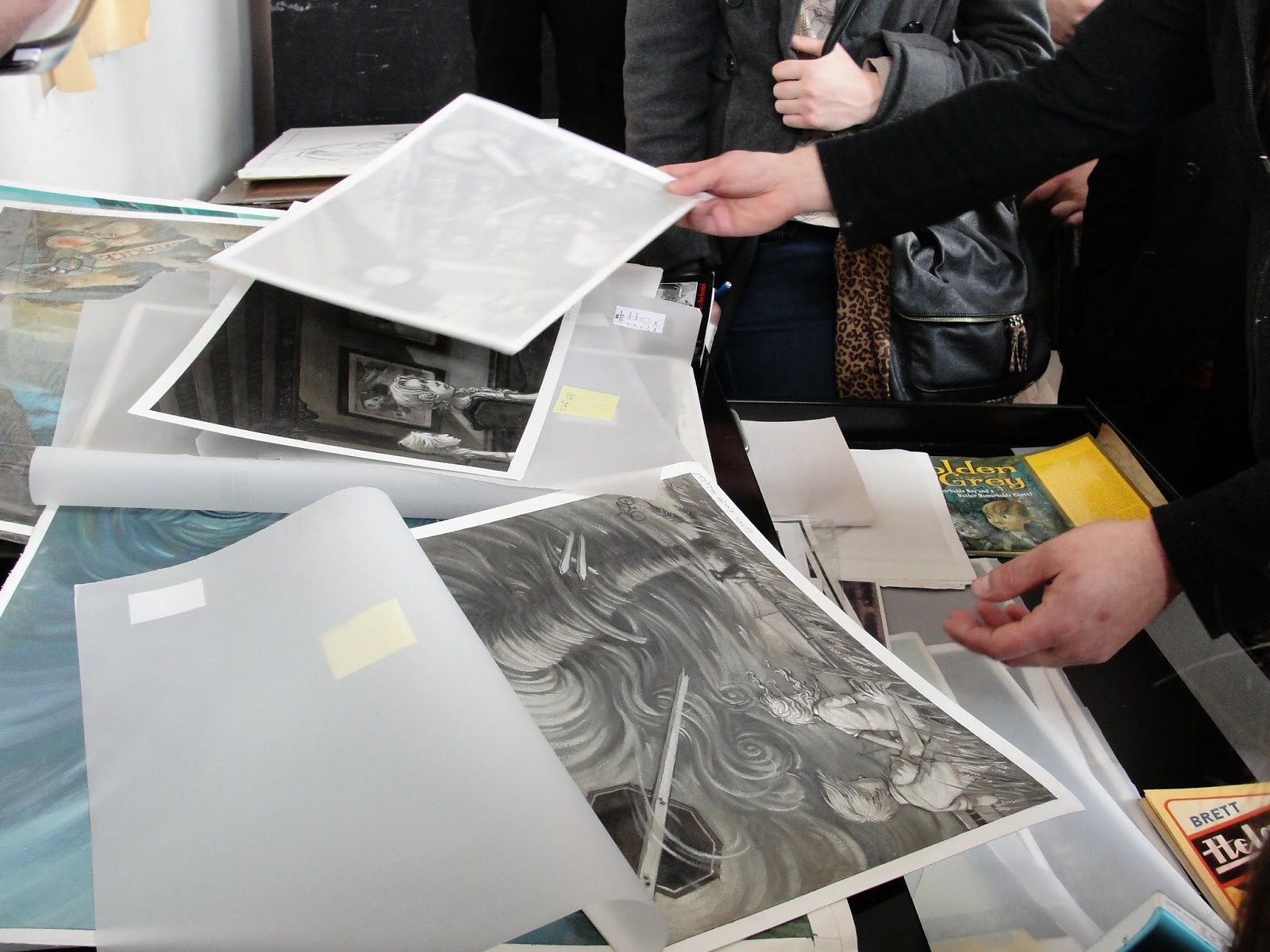 Sam Weber. A freelance and editorial artist as well as a scifi/fantasy book cover artist.
One thing I really liked about visiting Sam was his studio; he shares a studio with four other artists in an old pencil factory in Brooklyn. I swear there was still a smell of lingering pencils.

Sam creates the most amazing watercolors and his detail, creativity and craftsmanship are incredible. 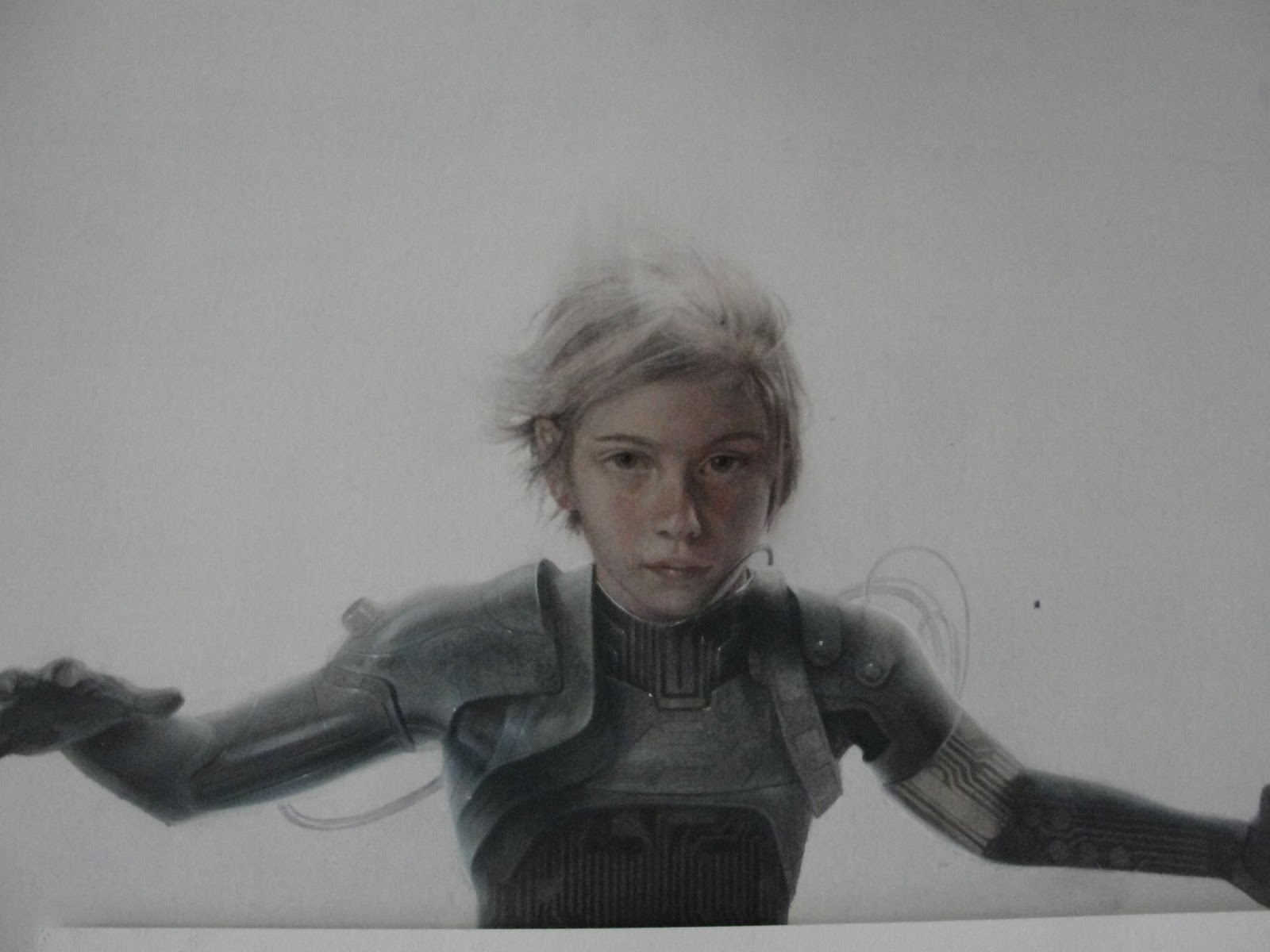 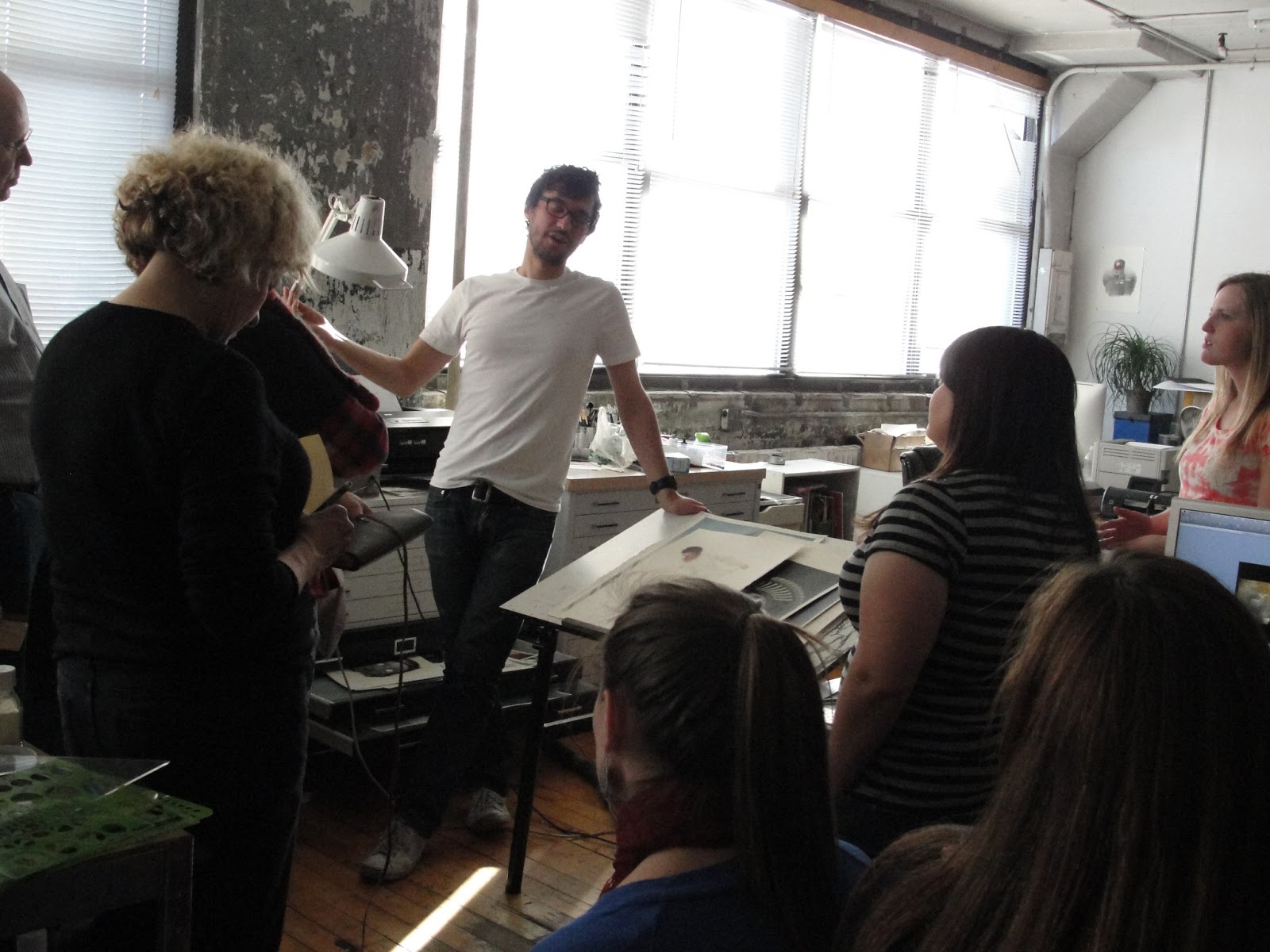 Peter De Seve. The man who created the character "scrat" from ice age and continues to create character designs for animation studios.

Peter's artwork is witty, clever and whimsical; similar to his personality.  I enjoy how each of his pieces narrates a story without any words. 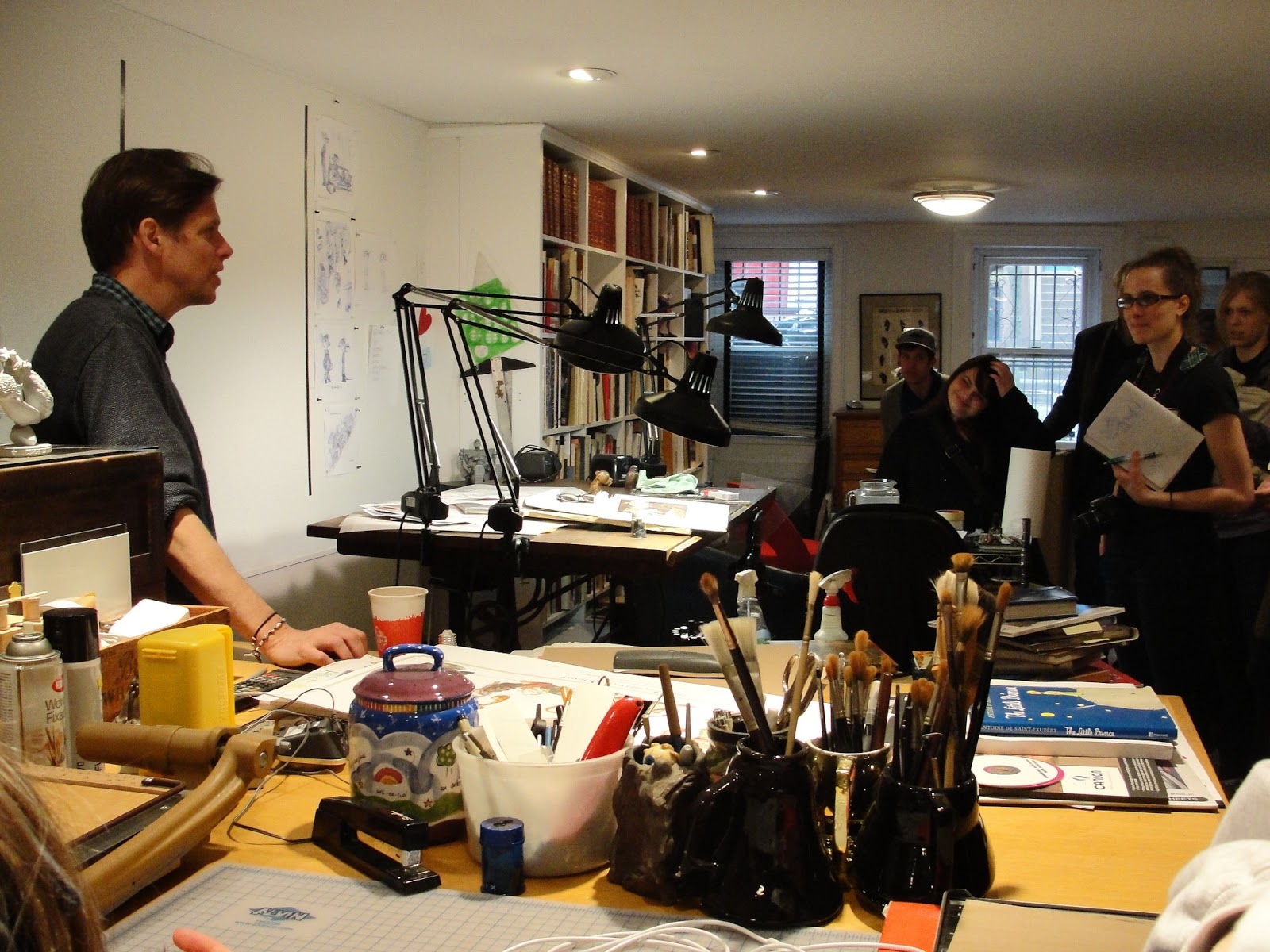 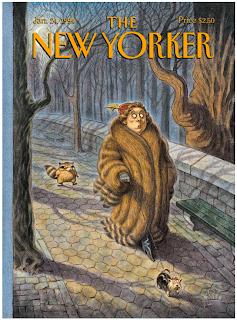 As I visited each artist I noticed their was a common answer when they were asked the question, "how they got started with their career." Most, if not all, said they had a period when they struggled. It's hard to believe that these accomplished artists had a period in their life where they struggled to find work. But because they were willing to take risks and work hard through their struggles they were able to  enjoy the pay off of their hard work.

There will be times of struggle. I realize this. But at least I know that the ones who work through it end up succeeding in what they love most.


In one of my illustration classes I was required to create a extremely detailed and well rendered painting of a paper airplane using acrylic. After many painstaking hours I completed it and I am proud to say I have developed the patience and the technique of painting paper. I feel as though I can create anything after tackling this painting. 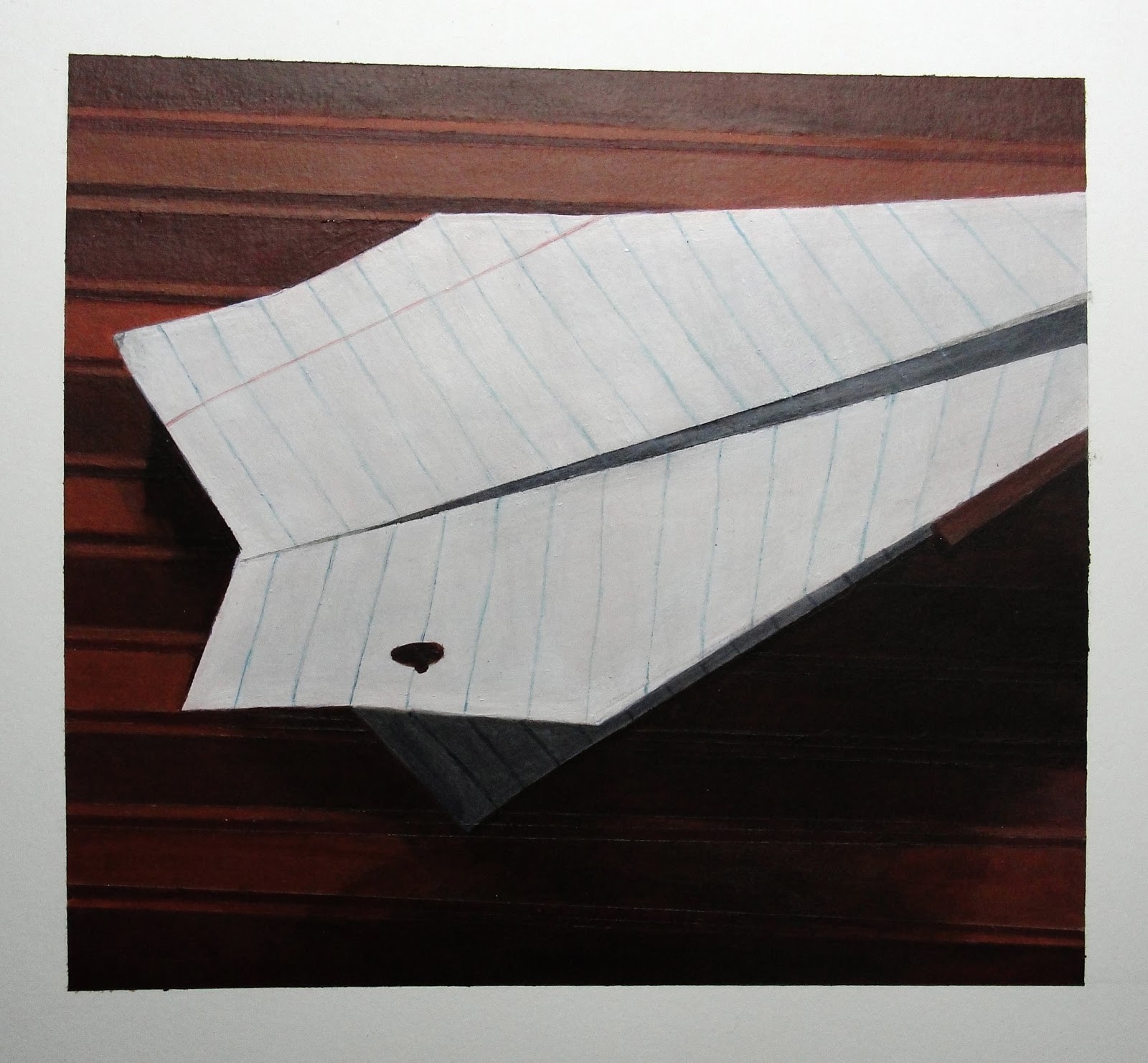